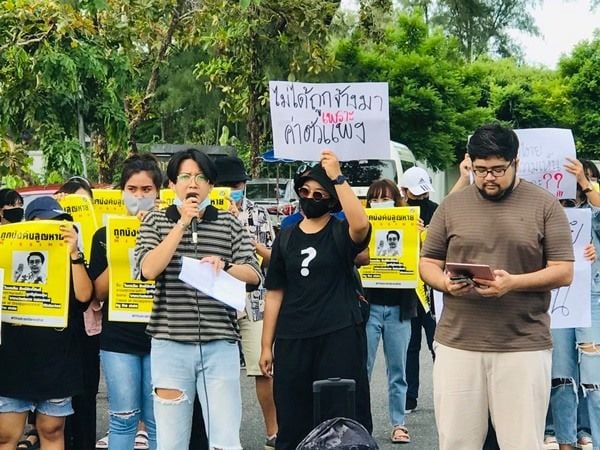 Between 300 – 400 people from the Phuket Liberation Group rallied last night in Sapan Hin, Phuket Town, an east coast public park on Phuket. Around 50 police, army officers and security personnel also attended the event to ensure that everything ran smoothly. The demonstration lasted for about 2 hours.

The gathering of the young protesters began around 5.30pm. They were carrying signs like… “Sovereign power belongs to the people” … “Dissolve parliament. Get out” …. “Can’t we express opinions in democracy?” … “Down with dictatorship” … “Long live democracy”.

The photos of Wanchalerm Satsaksit, a Thai anti-government activist in political exile, and abducted by armed men outside his home in Phnom Penh, Cambodia, on June 4, were also prominent, reading “Forced disappearance.”

A rally organiser, speaking to the protesters on the stage, says that the gathering “was for people to exercise their right to expression under the constitution”. Several speakers took discussed the country’s politics and economic problems. Demonstrators were chanting slogans and applauding the anti-government sentiment of the speaker’s.

The latest round of demonstrations around the country, kicked off in Bangkok two weeks ago, demand the Thai government dissolve parliament, rewrite the constitution and stop intimidating the people and stifling free speech 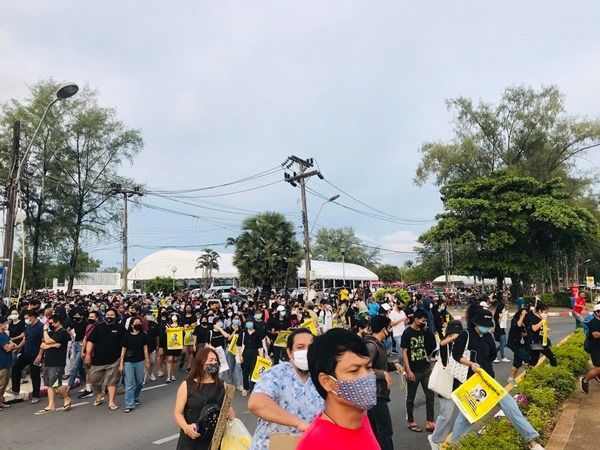 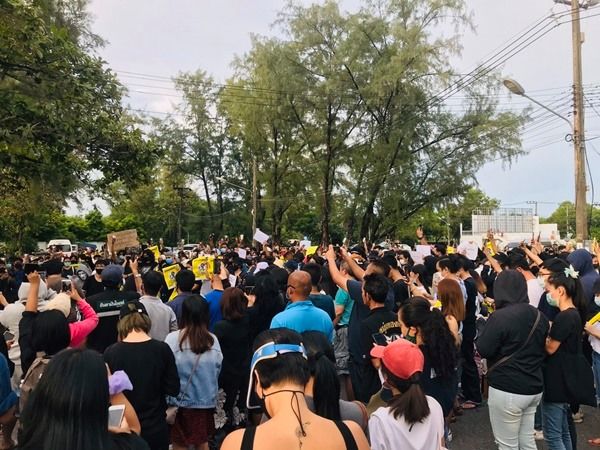 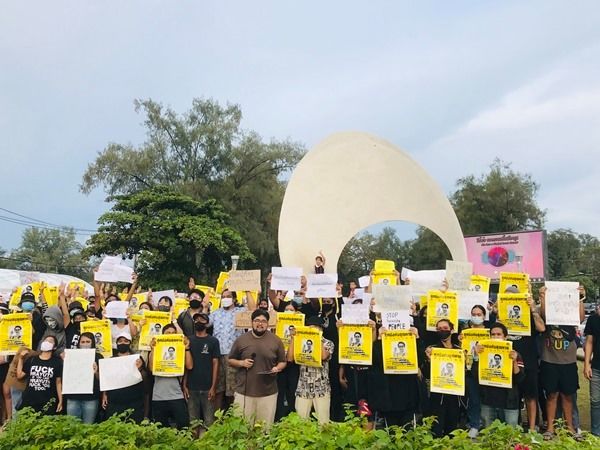