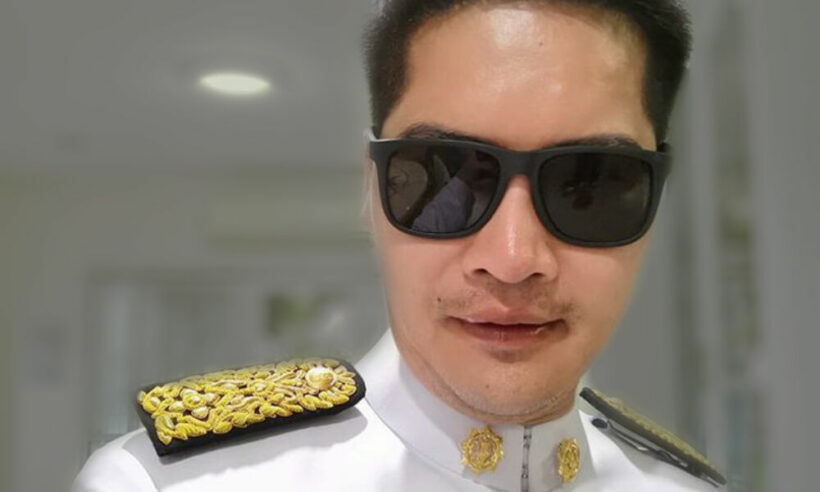 Many people have challenged PM Prayut Chan-o-cha’s competence to lead the nation, especially through the Covid-19 pandemic. But MP Mongkolkit Suksintharanon took it one step further, challenging PM Prayut to a bare-knuckled kickboxing match for the prime ministership.

The parliament member is the leader of the Thai Civilised Party and posted a message on Facebook Thursday making the challenge to PM Prayut, suggesting a 3-round kickboxing match at Lumpini Stadium. He offered to use only his feet and right arm as a handicap since he is much younger than the prime minister in a bare-knuckle fight.

Mongkolkit proposed that if he lost, he will resign as an MP, but if he wins, PM Prayut would have to give up his role as Prime Minister. He said the solution for the political crisis without revolution was a kickboxing match with PM Prayut.

“For the sake of a bloodless way out, I would represent the people to challenge the prime minister.”

Mongkolkit said that the fight would not be in violation of any code of ethics because kickboxing is a sport, but maintained that if PM Prayut rejected the challenge or didn’t respond within the 10-day window he proposed, then the prime minister needs to resign for his cowardice.

The Thai Civilised Party leader believes a winner-takes-all kickboxing fight against PM Prayut will be a quick and peaceful way to resolve problems in the troubled government struggling to take control of the Covid-19 pandemic. But others disagree, including an advisor for the prime minister who said that the proposal was insecure and thoughtless and that Mongkolkit is not fit to serve.

“I don’t understand how he became MP ‒ he seems to just be lucky this time.”

The ruling Palang Pracharat Party was equally unimpressed with Mongkolkit’s challenge, with the PPRP MP and chairman of the House committee on law and justice vowing yesterday to study current laws to see if the kickboxing challenge to PM Prayut was in violation of any laws.

He suggests that some of Mongkolkit’s online comments could constitute defamation against PM Prayut, and the challenge to fight could be considered a criminal threat to the prime minister. A probe into the incident and Mongkolkit’s ethics will be requested.

This is not Mongkolkit’s first time making waves with radical proposals. Last year he made headlines for proposing Thailand legalise gambling a year ago, and legalising prostitution and sex toys a few months before that.

dmacarelli
I love it! Any challenge to the creep in chief is a good thing. Prayuth likes to pretend he is tough. Yeah right. I would imagine he would crumble like a cardboard cutout, if challenged with any sign of danger.…

Bluesofa
1 hour ago, dmacarelli said: I love it! Any challenge to the creep in chief is a good thing. Prayuth likes to pretend he is tough. Yeah right. I would imagine he would crumble like a cardboard cutout, if challenged…

dmacarelli
1 hour ago, Bluesofa said: Looks like he's acting there. Must be a bit-part, I can't hear any speech. He is ALWAYS acting. He is NEVER sincere. He never means what he says, and he never does what he promises.…

Bluesofa
2 minutes ago, dmacarelli said: He is ALWAYS acting. He is NEVER sincere. He never means what he says, and he never does what he promises. Prayuth is an abysmal failure as a PM, and he is outed now, like…

dmacarelli
7 minutes ago, Bluesofa said: 'he never does what he promises' He did. He told people they were not allowed to sit in the back of pick-ups any more. Mind you, it took two days before he changed his mind…