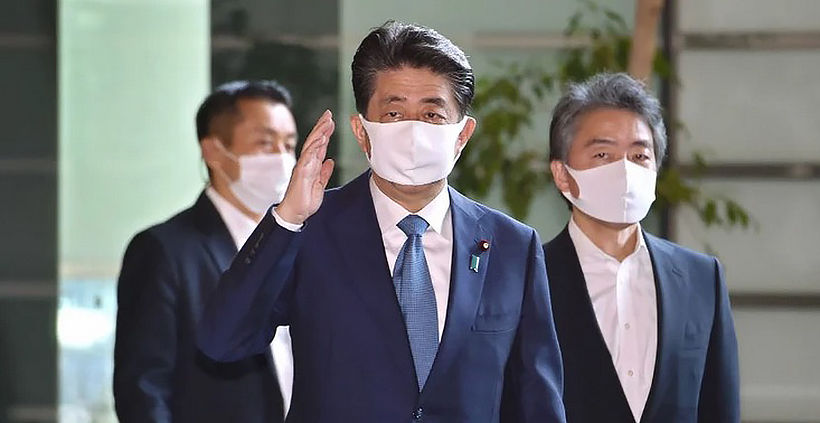 Japan’s media today reported that PM Shinzo Abe will resign over health issues, in a shock development that will end a record-setting tenure with no clear successor decided. There was no immediate confirmation, and the reports came just hours before Abe was to hold a press conference about his health. The news sent Tokyo stocks tumbling more than 2%, the benchmark Nikkei 225 index reversing earlier gains.

Rumours of Abe’s resignation intensified after 2 recent surprise hospital visits for unspecified reasons, but more recently senior government officials suggested he would serve out his final year in office. The resignation is a grimly familiar scenario for Abe, who was forced to step down just a year into his first term, in 2007, also over health problems. He was eventually diagnosed with ulcerative colitis, which upon return to office in 2012 he said was under control, with the help of new medication.

If confirmed, the resignation, will come despite the insistence of government spokesman Yoshihide Suga this morning that Abe remained in good health.

“I see him every day and feel that there is no change in his condition.”

Yesterday, Suga told Bloomberg News that Abe would “of course” be able to serve out the rest of his term, which ends in September 2021.

But the health woes seem to have added to the pressure for Abe, who just this week broke the record for the longest uninterrupted tenure in the office in Japanese history. Despite the largely contained impact of the coronavirus in Japan, his government has been harshly criticised for its approach to the crisis, including a U-turn on stimulus payments and a much-ridiculed decision to issue each household 2 cloth facemasks. The PM has also seen his trademark “Abenomics” economic policy come under growing strain, with the country slumping into recession even before the Covid-19 crisis hit.

Still, experts say there’s little appetite within the ruling Liberal Democratic Party for Abe to quit early, especially as there is no consensus on a successor. And with Japan’s fragmented opposition thus far unable to capitalise on the government’s falling ratings, there appeared to be little immediate pressure on him to resign. His abrupt resignation now throws open numerous possibilities, including that either deputy prime minister Taro Aso, who also serves as finance minister, or chief cabinet secretary Yoshihide Suga could assume the office in a caretaker capacity. A later election within the party would confirm a full-time successor.

Several former and current cabinet members have also been suggested as potential successors.

Democrat MP gets 2 years in prison for vote buying