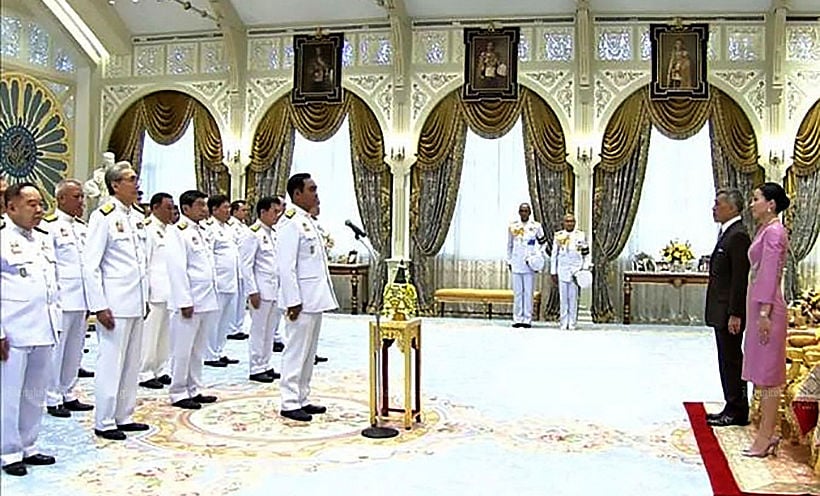 The new Palang Pracharat government, led by Prayut Chan-o-cha has been sworn in tonight by His Majesty The King. The ceremony heralding the return of civilian rule in Thailand after five years of military government.

The ceremony took place at 6pm in the Amphorn Satharn Throne Hall with all 36 ministers were present.
The historic occasion marked the first time that HM the King, as head of state, has overseen the advent of a new government. It was also the King’s first ceremonial appearance since his Coronation in May. Also new was the venue for the ceremony, which has previously been held in the nearby Ananta Samakhom Throne Hall.

Speaking afterwards the PM said The King had extended his morale support to the new Cabinet, and asked it to serve the country for the benefit of the Thai people. Foreign Minister Don Pramudwinai said that The King also congratulated the Cabinet and wished it well in achieving a smooth working process in which ministers would overcome all obstacles.

A government spokesman was not be appointed today, as had been expected.

The ‘new’ Thai Cabinet includes a lot of familiar faces who served with PM Prayut during the military government of the NCPO.

Thai Airways close to sale of used planes to US company