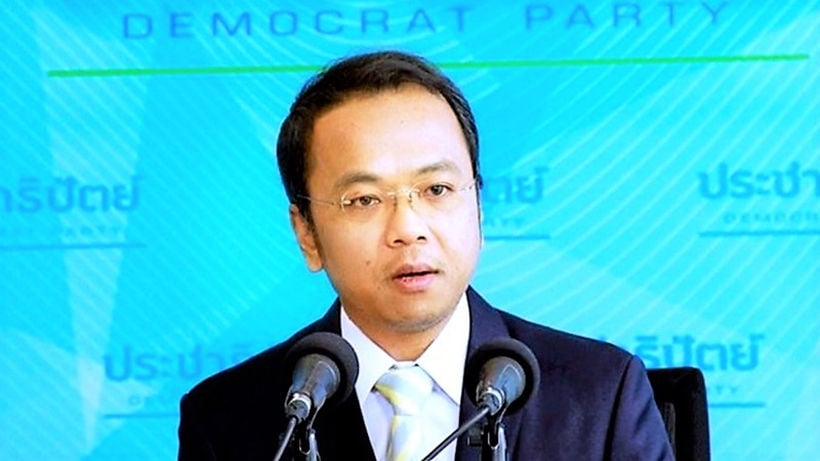 A spokesman for Thailand’s Democrat Party, currently part of the ruling coalition, says former PM and party chairman Abhisit Vejjajiva did nothing wrong in ordering the 2010 military crackdown on protesters in Bangkok.

Khaosod English reports that Ramet Rattanachaweng’s comments come as activists commemorated the 10 year anniversary of the crackdown, in which around 100 people died, by projecting an anti-government slogan on some of the capital’s key monuments and buildings.

In 2010, over 100,000 demonstrators congregated in Bangkok to protest against the government, demanding that parliament be dissolved, and elections called. Known as the “Redshirts”, they protested for 3 months from March until the government’s crackdown in May brought things to a bloody end. Most of those who died were civilians.

In the aftermath, the Abhisit administration established the Truth and Reconciliation Commission to investigate any wrongdoing on the part of the government. Ramet says the findings show the former PM did nothing wrong.

“The allegation has been already disproved by contests in the justice system, whether a court of justice or an inquiry by the Truth and Reconciliation Commission, which already proved that the crackdown was in accordance with the law. The allegations [against Abhisit] are distortions to defame him.”

He also criticises the recent actions of former members of the Future Forward party, now part of a group calling itself “Progressive Movement”. The group says it’s responsible for the Seek the Truth campaign, but Ramet says the truth has already been uncovered by the investigation and there is nothing to hide.

“I want to let them know that in fact, they don’t have to shoot any laser to find the truth. Truth is truth. There are already clear investigation results by many committees and the justice system.”

PM looks for an exit from the Emergency Decree