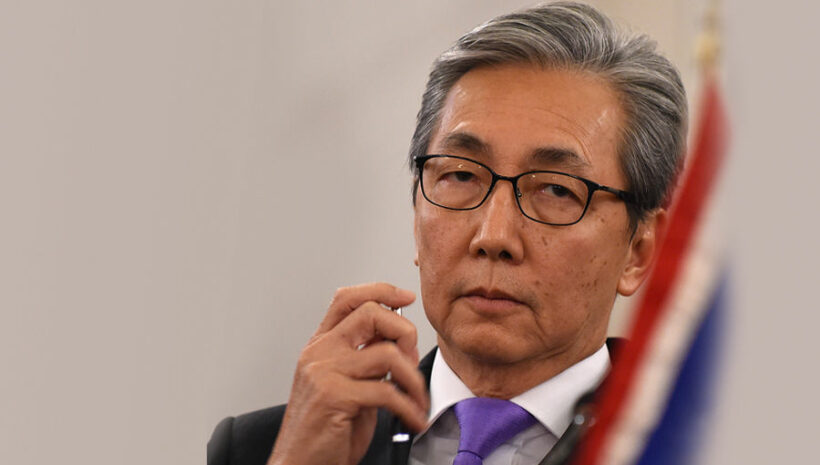 Deputy PM Somkid Jatusripitak, widely considered Thailand’s economic tzar, has resigned, along with 3 ministers working for him, paving the way for the long-rumoured cabinet reshuffle by PM Prayut Chan-o-cha of the government’s economic team. The 3 others are Finance Minister Uttama Savanayana, the energy minister and the minister of higher education, science, research, and innovation. The deputy secretary-general of the PM, also in Somkid’s team, resigned as well.

Asked about the resignations, the PM told reporters…“I don’t know, I have not seen”. Sources within Prayut’s ruling Palang Pracharat Party gave contradictory answers when contacted by Reuters. Uttama quit the party last week along with 2 other ministers amid rumours of an impending cabinet shakeup, but all remained in their cabinet positions.

Somkid is not a member of Palang Pracharat, but he has been considered the guiding economic advisor to Prayut since shortly after he overthrew the elected government of Yingluck Shinawatra in 2014. Somkid has worked in an economic advisory capacity in administrations all the way back to the early days of the Thaksin Shinawatra governments of the early 2000s.

Changes to the top economic team could further rattle Thailand’s economy, which according to Bloomberg is the worst-performing in Asia, as the government tries to mitigate damage from the coronavirus pandemic, with billions in stimulus measures being rolled out and big-ticket investment projects already shelved.

It was also reported recently that Somkid and his team plan to set up a new political party.