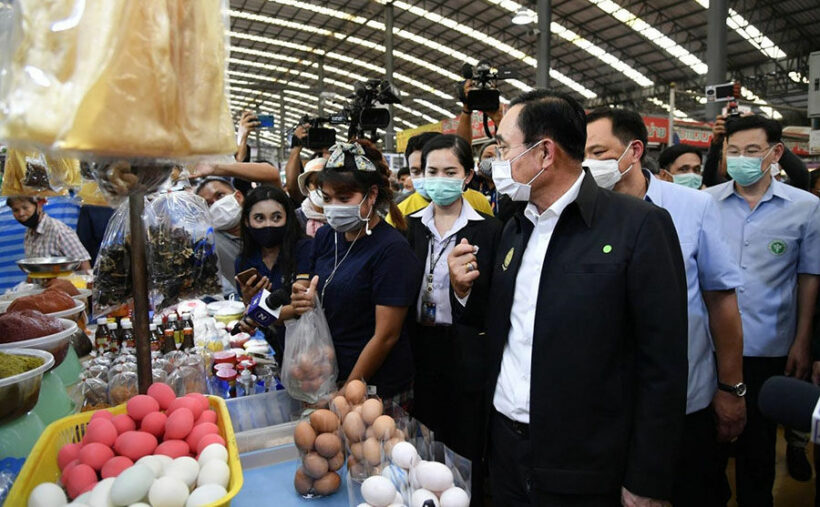 As the city of Rayong in eastern Thailand battles with the fallout of a visiting Egyptian soldier testing positive for Covid-19 , the PM and his Public Health Minister descended on the city in a show of moral support. PM Prayut Chan-o-cha, accompanied by Anutin Charnvirakul, as well as the deputy chief of the Royal Thai Army and Dr. Suwanchai Wattanayingcharoenchai from the Disease Control Department, landed at U-Tapao airport for a brief stopover aimed at reassuring the public.

According to the Thai News Agency, the delegation travelled by helicopter from the airport, stopping at the locations visited by the Egyptian aircrew, including their hotel, the D Varee Diva Central Rayong, and the shopping centres they visited.

It’s understood the visit was an attempt to offer moral support and listen to the views of locals, amid what is turning out to be a bit of a PR disaster for the Centre for Covid-19 Situation Administration. As a result of the Egyptian crewman testing positive after being out and about in the community, coupled with the daughter of a Sudanese diplomat testing positive while self-isolating in Bangkok, the PM is promising an overhaul of the rules that up until now meant certain categories of arrivals were exempt from mandatory quarantines. News of the exceptions have riled Thai netizens as repatriating citizens and other foreign arrivals have a mandatory 14 day quarantine requirement.