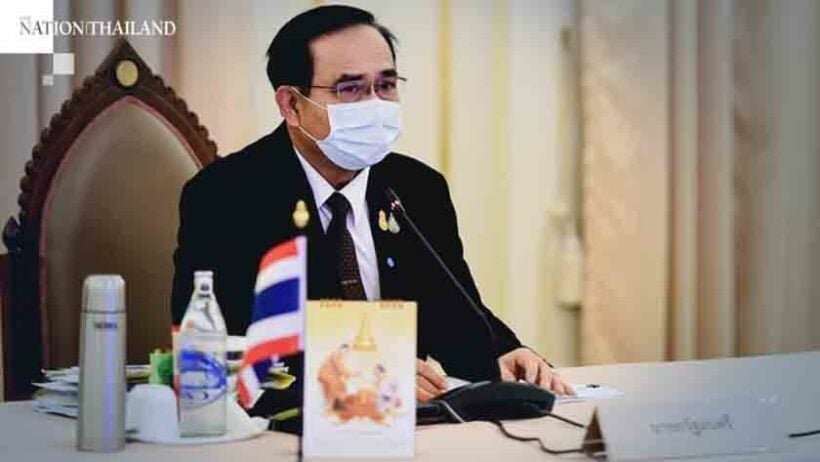 Leading academics and members of the opposition are warning the government that they must listen to protesters and agree to their demands in order to end the current political unrest. Anti-government protesters continue to gather around the country, demanding a stop to the “intimidation of activists”, the “dissolution of Parliament”, and “constitutional reform”.

PM Prayut Chan-o-cha has already agreed to a re-writing of the Constitution, but critics, such as Teerajchai Phunthumas from the Move Forward Party, accuse him of unnecessary delay in an effort to buy himself more time.

“The government can rewrite the Constitution right away, as there is a consensus that the current Constitution has many flaws; for example, the system of 250 military-appointed senators is undemocratic and a tool for the military to continue their authoritarian power.”

Critics of the government say the policy of arresting and releasing activists is an attempt at intimidation and an effort to slow down anti-government protests. The accusation comes following the arrest and subsequent release of activist lawyer Arnon Nampa and student protester Panupong Jaadnok, alias “Mike Rayong”.

Titipol Phakdeewanich, from the Faculty of Political Science at Ubon Rathchathani University, points out that since the 2014 military coup, there has been no reform of the Thai political landscape, accusing those in power of running the country with vested interests. He points out that critics of the system now have more information available to them and cannot be silenced.

“Political establishments could no longer use political propaganda as an effective tool to silence dissident voices, as people could access more information.”

Anti-government protests have been gathering momentum around the country, with a large rally planned for August 16 at Bangkok’s Democracy Monument. Meanwhile, a number of pro-democracy figures now living outside Thailand have criticised other politicians and prominent figures for not doing enough to assist protesters with their demands. Pavin Chachavalpongpun, Thai associate professor at Japan’s Kyoto University, and historian Somsak Jeamteerasakul, who now lives in France, say more should be done to listen and respond to calls for reform.

Meanwhile, opposition politician Chaturon Chaisang, formerly of the Pheu Thai Party and the now disbanded Thai Raksa Chart Party, says the Thai people must be involved in any re-writing of the Constitution.

He says the process should see senators abolished, the dissolution of the lower house of Parliament and a general election held. Citizens should be given the opportunity, in the form of a referendum, to vote on re-writing the Constitution. Following this, a new draft should be completed, which should then be put to another vote in a further referendum. He says that only through this process can citizens be fully involved in constitutional reform in Thailand.