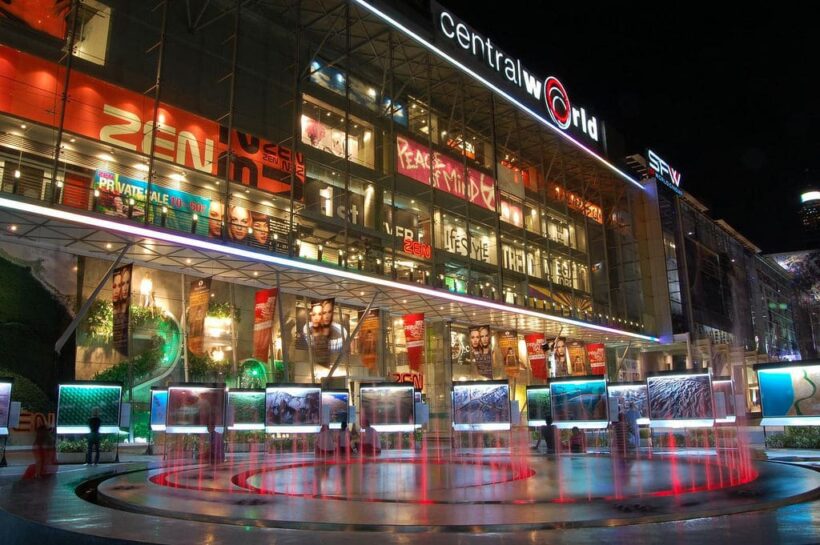 A 55 year old man has fallen four floors to his death at Central World shopping centre near the Ratchaprasong intersection on Sukhumvit Road in Bangkok’s Pathumwan district.

Pathumwan Police were informed of the incident at about 12.30pm. A video clip that’s been posted shows staff setting up a black tent to cover the dead man’s body as it lay on the third floor. He had several critical fractures from the fall and was pronounced dead when taken to the Police General Hospital.

According to police, the man arrived at the shopping centre with another person. Some social media says the two men had an argument preceding the fall. Police however speculate that they have been taking photos inside and the man who fell was too close to the railing and fell over or fell through.