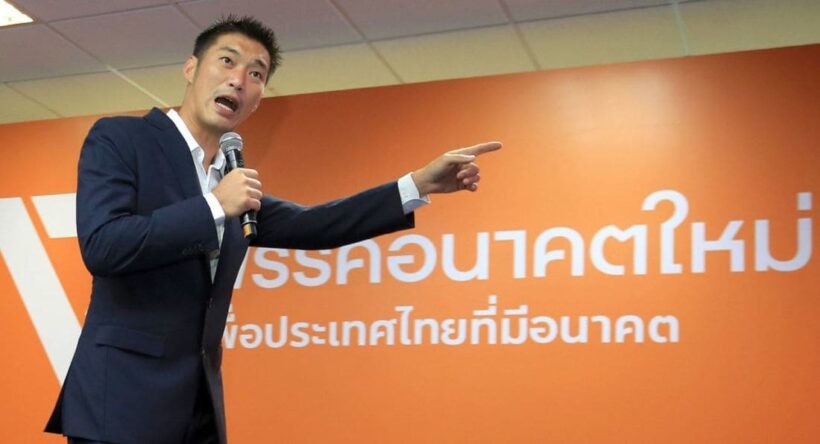 Meanwhile, Future Forward party members claimed today that some of their MPs have been offered between 30 million and 120 million baht for each vote cast for the Palang Pracharat party’s prime ministerial candidate, current PM Prayut Chan-o-cha.

Future Forward announced at their media conference today that there were no ‘cobras’ in the party. Cobras are politicians who ‘cross the floor’ or change their vote for another party in exchange for money or incentives.

Thai PBS reports that Anawil Rattanasathaporn, an MP representing Pathum Thani province, told a news conference at the party’s head office today that he was twice approached by someone, whom he declined to identify, who initially offered him 25 million baht and, later, offered up to 60 million baht in exchange for his vote, but he rejected them all.

Bangkok MP Taophipob Limchitrakorn said he was first offered 30 million baht through someone he knew. Eventually, the offer was increased to 50 million baht, 70 million baht and, finally last week, to 120 million baht in exchange for his vote, but he turned down all the offers outright.

Khon Kaen MP Thitinan Saengnark also claimed he received offers, starting at 55 million baht and rising to 75 million baht recently, to vote for a candidate of another party, which he declined to name.

She said that the amount of the offers correspond “with the law of supply and demand”, adding however that there are no “cobras” among the party’s MPs.