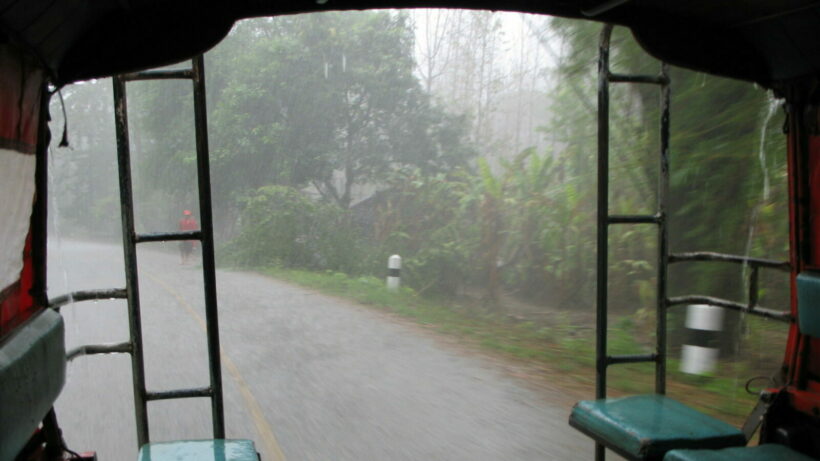 Highway 105 in Northern Thailand’s Tak province was blocked by trees/landslides between the Mae Ramat and Tha Song Yang district due to result of heavy rains last night.

The highway had to be closed at approximately the 81 kilometre marker in the Tha Song Yang district, also between Ban Samae and Mae Tuen.

Tha Song Yang and Mae Ramat chiefs have requested the army and the 33rd Mobile Development Unit’s assistance in the road clearing.

Yossak Bantha, a Unit Commander says heavy machinery/soldiers were deployed to both locations to remove trees, dirt debris off the highway.

This morning, the 35th Ranger Regiment with local administration provided men to also help clear highway 105 for traffic. It was not stated whether parts of the highway are still blocked.