With Chiang Mai again declared the world’s most polluted city today, and with air quality worsening across northern Thailand, soldiers from Royal Thai Army 3rd Army Region have been deployed to detect and fight forest fires. Forest fires and agricultural burning, both in Thailand and neighbouring Cambodia, have created extremely poor air quality levels. Rangers from the 35th Scout Regiment have been deployed alongside the 32nd Scout Regiment from Nan Province, and the 31st Scout Regiment of Chiang Rai to detect fires in Chiang Mai, Chiang Rai and Lampang provinces.

The newly deployed rangers will be sent to fire-prone areas to patrol for fires and arrest anyone they find starting them. The rangers will also assist fire officers in fighting fires, Chiang Mai One reports.

Local media report that 456 hot spots were found across Chiang Mai Province this morning alone. Of those, 187 are in National Parks; 260 in protected forests, five in community areas and three along highways.

The Pollution Control Department reports that air quality in the North will grow worse this week due to the cross-border burning of fields and farmlands, which has already created high levels of PM2.5 (particulate matter less than 2.5 microns in diameter), in the region.

The department cited heat signature readings, which have spiked around Tachileik city at the Burmese border in Chiang Rai. Despite a burning ban in Chiang Rai, haze from neighbouring Myanmar and Laos is choking the north. The PM2.5 dust levels in Chiang Rai have once again reached very unhealthy levels. 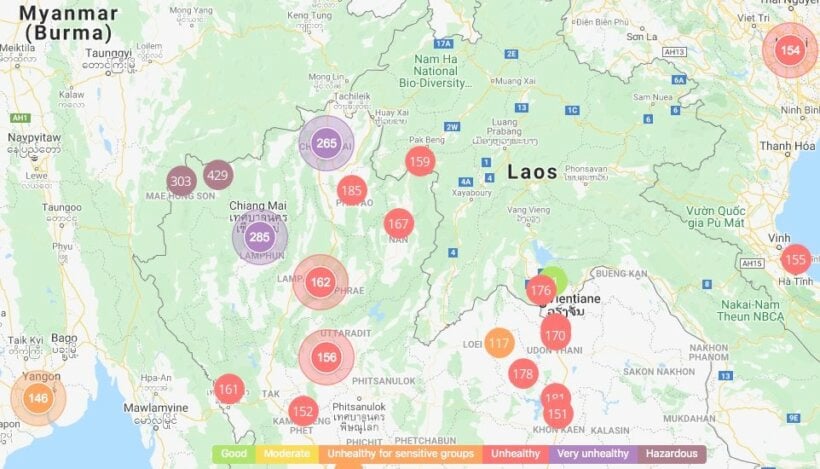 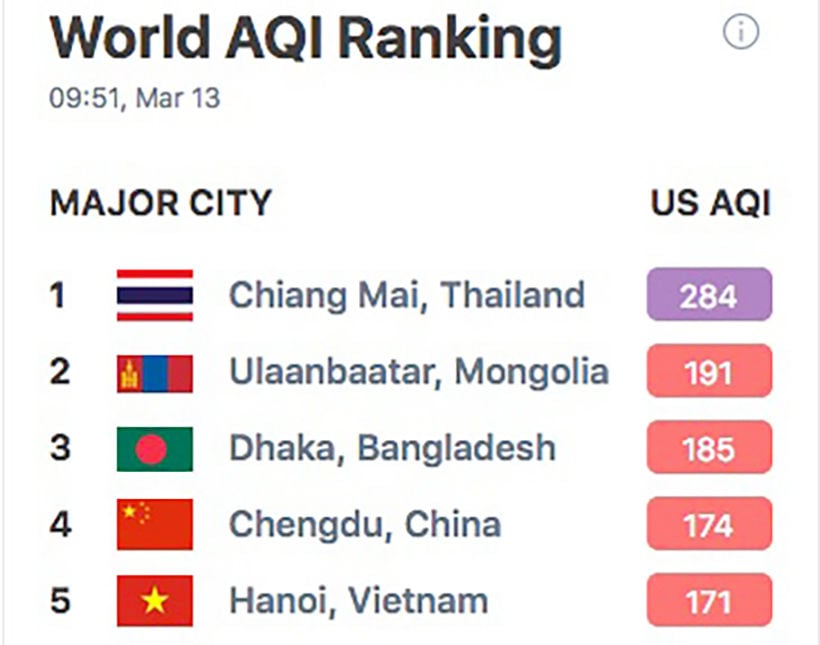