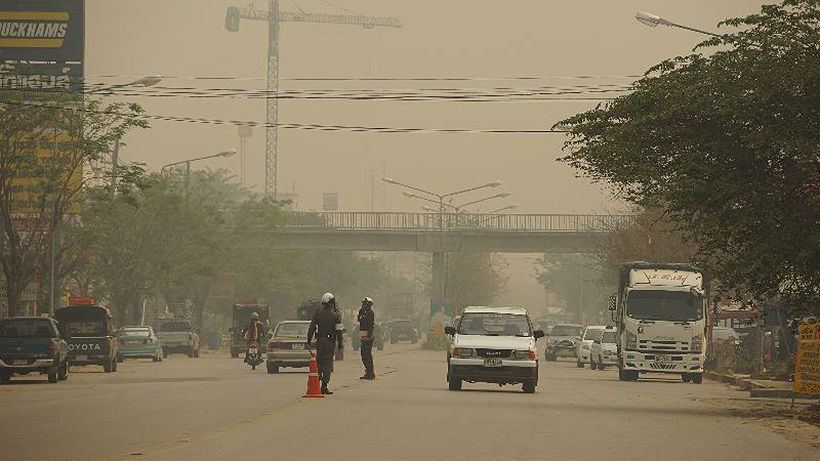 Hot AND polluted. Chiang Mai scored the top position again as the most air polluted city in the world yesterday, according to AirVisual.com. Today it has lost the top spot, but only just. Today’s temperature will again soar close to 40C with the rest of the week continuing to sizzle with almost no respite from the wind (forecast below). Saturday’s temperature is expected to reach 41C. 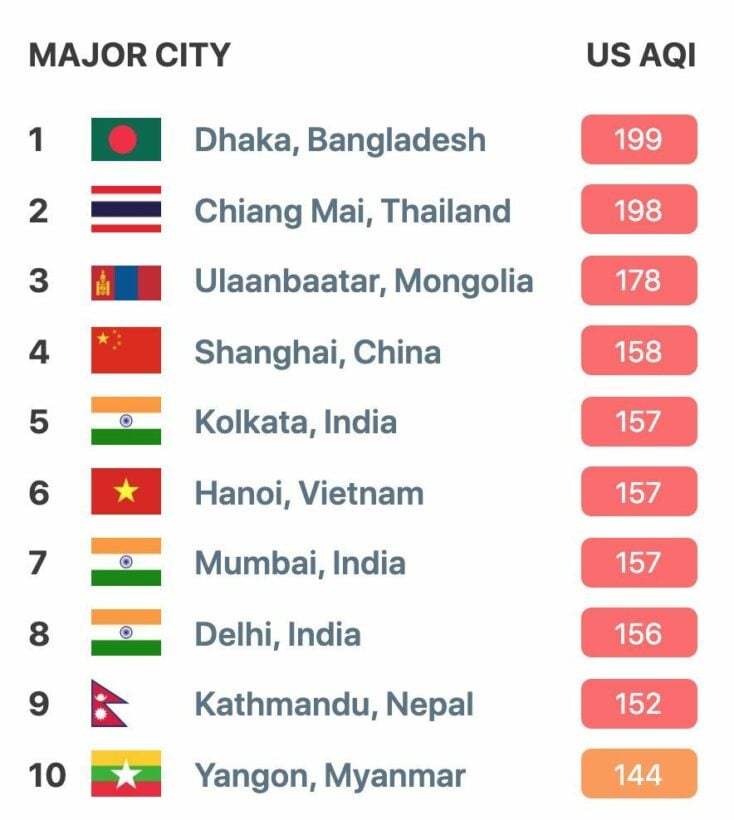 But the PM2.5 levels have dropped from yesterday’s horrendous score of 239, to under 200 this morning in the main city. However in the areas around Chiang Mai city, and further towards the Myanmar border, the air pollution readings are exceeding 300 – readings considered ‘hazardous’ for people in those areas.

The Thai Pollution Control Department reports that air pollution in the North will tend to worsen this week due to the burning of fields, plantations and farmlands in neighbouring countries without admitting that some of the burning is also happening on Thai soil.

You can read about the Thai game of smoke and mirrors when it comes to air pollution in the north and north-east HERE.

Chiang Mai, and it’s environs have suffered from air pollution since the middle of January, when the PM2.5 level reached into the high 100s and has continued to climb since.

Reading around Bangkok today are mostly around 100 with some higher readings to the west of the city nearer the Myanmar border.

The World Health Organisation has an upper safe limit of ’25’ whilst the Thai government has set it upper limit at ’50’. Just about everywhere in central, northern and north-eastern Thailand is above even the government’s own ‘safe’ levels today.