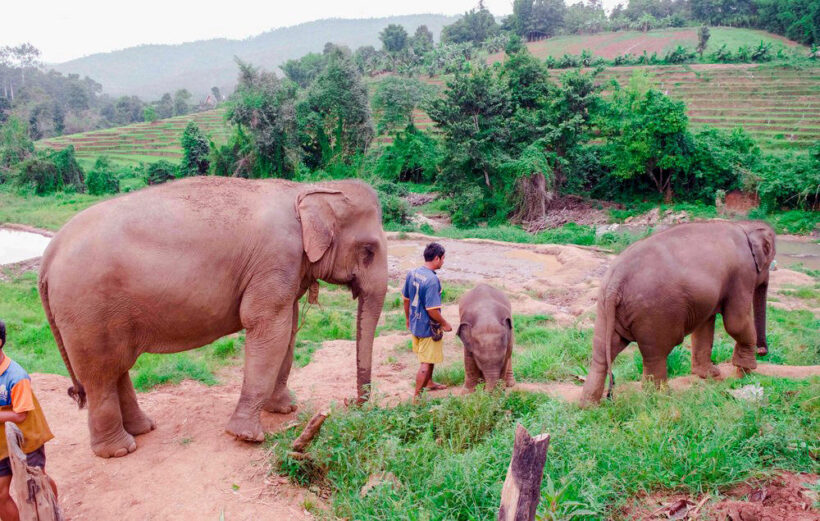 Animal rights activists, along with a strong voice of disapproval on social media, are complaining about the Commerce Ministry’s plan to legalise the export of live domesticated elephants.

Somsak Soonthornnawaphat, head of Thai operations for the organisation World Animal Protection, strongly disapproves of the plan, citing the likelihood of the elephants suffering distress and even agony on lengthy trips overseas. He noted, too, that lifting the ban on elephant exports could add further incentive for the illegal capture of wild elephants.

The Thailand Animal Rights Alliance has, meanwhile, launched a petition on change.org urging that the idea be abandoned. As of publication time, 3,000 signatures had been collected.

The ministry regulation announced last month withdraws a 2009 ban on the export of live elephants and elephant-related products such as ivory. Somsak pointed out that it does not violate the terms of the Convention on International Trade in Endangered Species of Wild Fauna and Flora (CITES).

“Domesticated elephants already registered with the authorities are allowed to be exported under the regulation, for diplomatic and research purposes only, and isn’t violating CITES,” he said.

But he pointed out that elephants are not built for long-distance transportation and are highly likely to suffer stress and become sick en route. Once at their destination, they will struggle to adjust to a new setting, compounding the stress.

“There is also no guarantee our elephants will be well treated. There have been cases where Thai elephants have been handled harshly to train them to entertain people at zoos.

“The elephant is our national animal and we need to protect it. We insist that elephants be protected from any harm and be able to live in a good environment.”

Edwin Wiek, another prominent animal-rights activist, shares Somsak’s concern over the risk of the elephants being maltreated at their destinations. He recalled a major controversy about a decade ago when it was reported that nine Thai elephants had been shabbily treated at Australian zoos.

“The final decision on exporting domesticated elephants and body parts including ivory lies with the CITES office in Thailand under the Ministry of Natural Resources and Environment. So, for now actually, nothing has really changed.”

Regardless of whether the export ban is lifted or not, Wiek said, safety and welfare standards for domesticated elephants in Thailand remain a major concern, especially among those in elephant camps that suffer maltreatment by their owners.