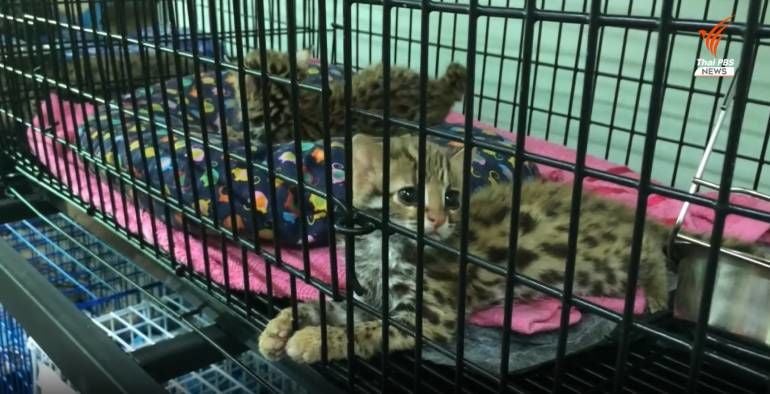 Twenty wild animals including ‘Ranger’ the palm civet, hawks, yellow throated martens, gibbons and leopards, have been rescued from forest fires in Thailand’s northern province of Chiang Mai. The wildlife conservation department says that although some of the animals have been injured in forest fires, they are all now safe and under the care of the animal clinic. They estimate that many thousands of wild animals may have lost their life during the blazes.

They will be kept at the clinic until strong enough to return to the wild once the fires come to an end. The forest fires in Chiang Mai and other northern provinces have been blamed on poachers, who “slash and burn” the land to make hunting easier despite the threat of stiff penalties. Other fires are blamed on farmers and plantation owners.

One touching story of a badly burned civet named ‘Ranger’ has gone viral as netizens shared the story of his recovery after he was found bewildered in the wake of a massive forest fire and brought to the nearby clinic for rehabilitation. The National Parks department said “The doctor named it ‘Ranger’ because it is a tough and a relentless survivor. The latest update is that Ranger is gaining strength.

“Its wild instinct is back and is showing some aggression. It can slowly eat soft food until the plate is empty. Thank you everyone for the help.”