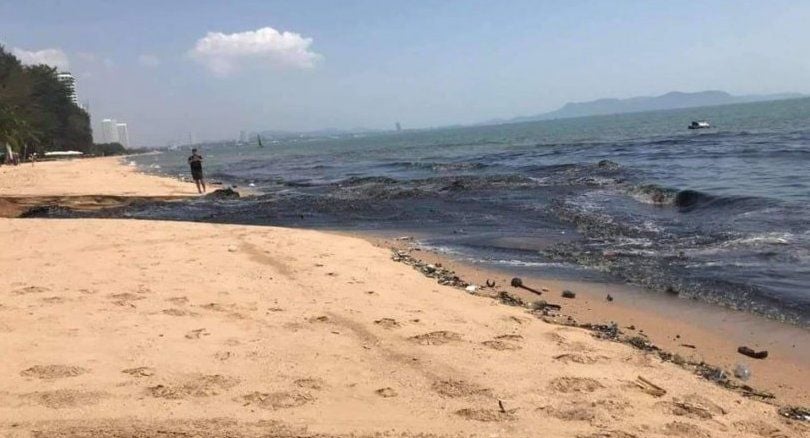 The video of the untreated sewage and wastewater gushing into the Gulf of Thailand has accumulated 1.2 million views already. It took local officials two days to react, mostly blaming other authorities and departments in the resort city.

The discharge was reported to have returned to normal now with some parts of the beach accessible and filled with swimmers again despite the city’s warning.

The massive deluge of black water, which was later found to be wastewater discharged by the Na Jom Thian municipality, was videoed and posted by tourists to the horror of netizens, Jomtien locals and, eventually, Pattaya officials.

The viral clip prompted authorities to find the cause of the incident, which polluted a popular tourist beach and sea.

A village head, who lives near the sluice gate of the tunnel on Na Jom Thian Soi 8, told Nation TV that up to 90% of the discharge comes from wastewater from household use, restaurants, and hotels in the municipality.

“If there is no water to dilute the waste, the tunnel becomes choked with garbage – which is flushed out by heavy rains like yesterday. The tunnel wastewater has no proper treatment before being discharged into the sea.”

Pralong Damrongthai, the Pollution Control Department chief, said the incident was the responsibility of local organisations, and the problem was partly due to the lack of a wastewater treatment system.

He suggested that the Pattaya Municipality help deal with the problem, while the department sent its officials to inspect the wastewater in Na Jom Thian to identify its sources.

The Sattahip district has also collected samples from the tunnel on Soi 8 as well as the sea in front of it for further tests water quality. Meanwhile, the Pattaya OrBorJor stopped tourists from swimming in the polluted water. Some tourists remained defiant and plunged into the polluted sea anyway.

The Na Jom Thian municipality has called an urgent meeting to address the pollution issue. 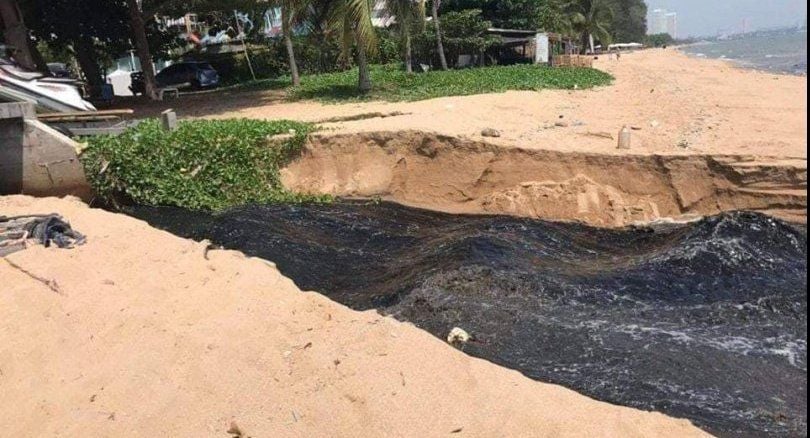