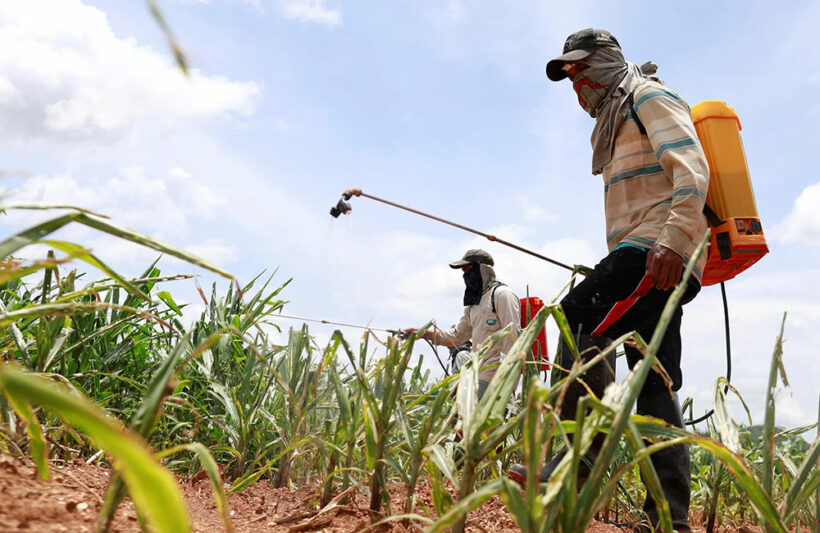 Thailand’s Industry Minister says his ministry is fully committed to the recent ban on agri-chemicals paraquat, glyphosate and chlorpyrifos. He says that the decision of the National Hazardous Substances Committee on October 22 will stand and there will be no review of the ban as speculated.

“My stance is firm and remains unchanged. If you look back at my previous statements, I never once said we would not ban the substances.”

However, there are…farmers affected by the ban and, as a minister, I’m concerned with all groups of people.”

The NHSC ruling bans the import, trade, use and possession of the chemicals effective December 1. The Industry Minister says he would like the Ministry of Agriculture to help farmers find affordable alternatives to the banned chemicals.

Speculation has been rife that the NHSC, might review the ban on glyphosate at its next meeting, due to pressure from the US, which claims that glyphosate, widely used by the US farm sector, doesn’t pose a serious health threat.

The US Department of Agriculture issued a letter to the Thai government on October 25.

“The US also accused the Thai government of banning glyphosate without sufficient scientific proof and claimed that the chemical has been widely used in the US because it has been proven to be safe in a number of studies.”

The US letter cited an assessment by the US Environmental Protection Agency as well as scientific opinions from agencies in Japan, the EU, Australia and the Food and Agriculture Organisation of the UN to back its claim that use of glyphosate in farming poses no harm to the health of humans.