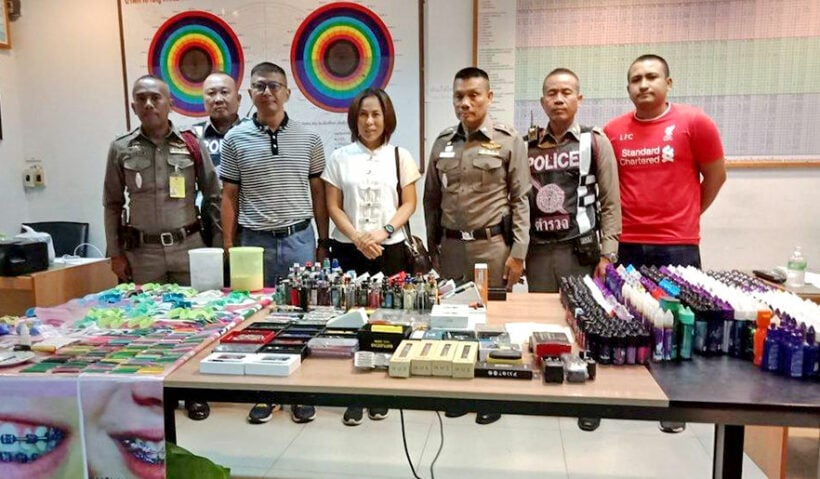 Local police say the Chon Buri area is having another vaping crackdown because, according to Thai law, it’s considered to be danger to public health. They say “concerned citizens” reported the equipment sales.

The raid was at 10:30pm on November 3, at the Threpprasit Market.

Police discovered a 24 year old man selling hundreds of banned vaping devices. He was arrested at the scene and admitted to the crime, according police. He’ll face penalties under the Consumer Protection Act.

They also found a 25 and 29 year old man and woman running a booth selling “fashion” orthodontics and designer braces nearby. Both items are illegal for sale without a dental license, and the pair lacked other registrations and licenses required by law to sell dental equipment. A prominent dentist also attended the seizures to advise police on these articles for sale.

Under the 2018 Consumer Protection Board laws, fashion orthodontics are prohibited. The two vendors were arrested and police say they also admitted to their crime, saying their main clients were teenagers who could not afford the services at a properly qualified dentist.

UPDATE: Three Pattaya fugitives, including one American, still on the run