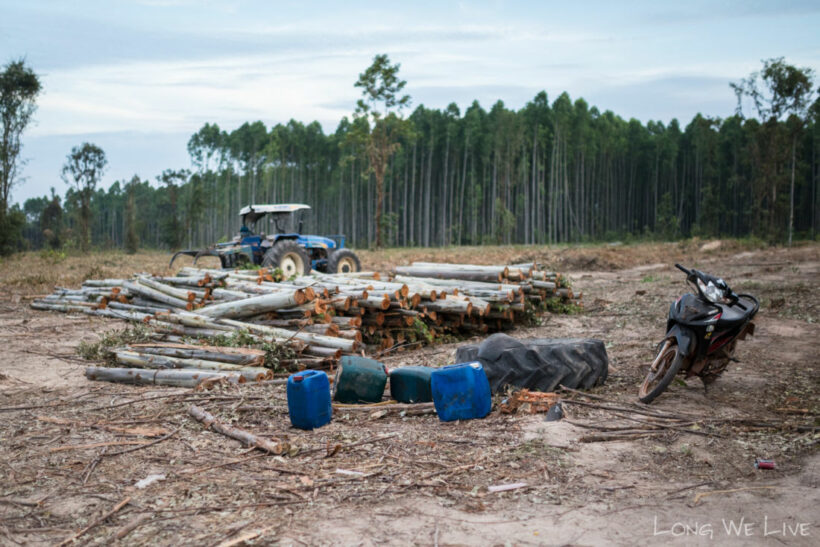 Now it’s been announced that forest encroachers caught clearing land or burning trees, in any of Thailand’s national parks or gardens, in order to occupy the land, will soon face jail terms of up to 20 years and/or a fine of as much as two million baht.

The penalties are announced under the new National Parks Act, which will come into effect in November this year. If the encroachment are committed in designated sensitive areas, the penalties rise.

“Anyone who causes damages to natural resources in national parks or botanical gardens, whether intentional or through carelessness, will be liable to pay compensation to the state.”

“If more than 20 trees, or an amount exceeding four cubic metres is damaged, however, the culprits may face up to 20 years in prison and a fine of up to two million baht.”

The new laws seek to provide informants with cash rewards of up to half the amount of fines imposed on the offenders.

People who make a living from collecting renewable flora and fauna may continue to do so, according to officials, but they must register with the authorities concerned and the amount to be harvested will be restricted.