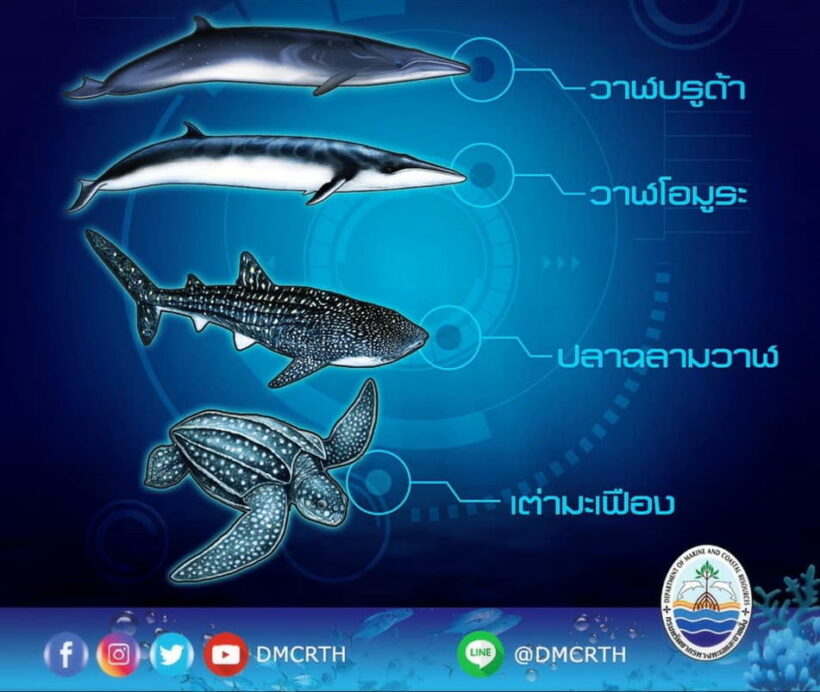 Bryde’s whale, Omura’s whale, whale sharks and leather back turtles have been added to the list of ‘reserved wild animals’.

The new Wild Animal Reservation and Protection Act was announced yesterday. Animal species which included Bryde’s whale, Omura’s whale, whale shark and leather back turtle are now a registered ‘reserved animal’, before they are just a protected animal.

Marine biologist Dr Thon Thamrongnawasawat says, “It took about four years to push these four species into becoming a reserved animals. They needed more protection and now there are stricter laws to protect them.”

“There have been no new reserved species in the last 27 years,”said Dr Thon. 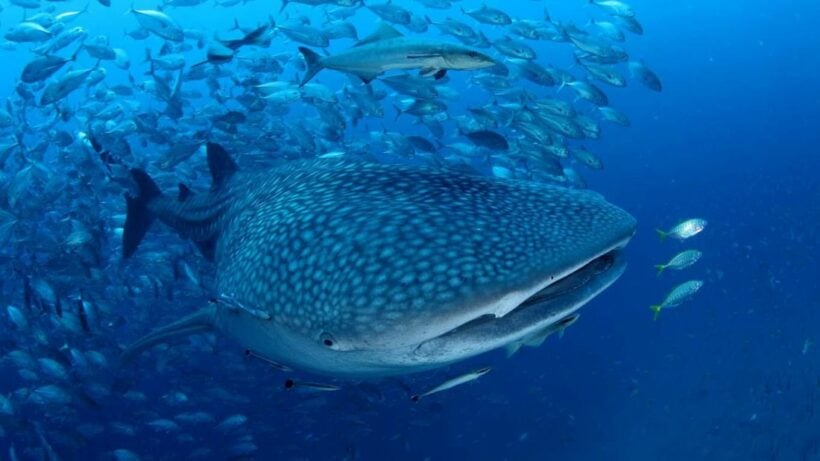 Keep in contact with The Thaiger by following our Facebook page.
News Categories:EnvironmentThailand
Related Topics:
Up Next

Democrats walk away from coalition as bickering continues over ministerial portfolios 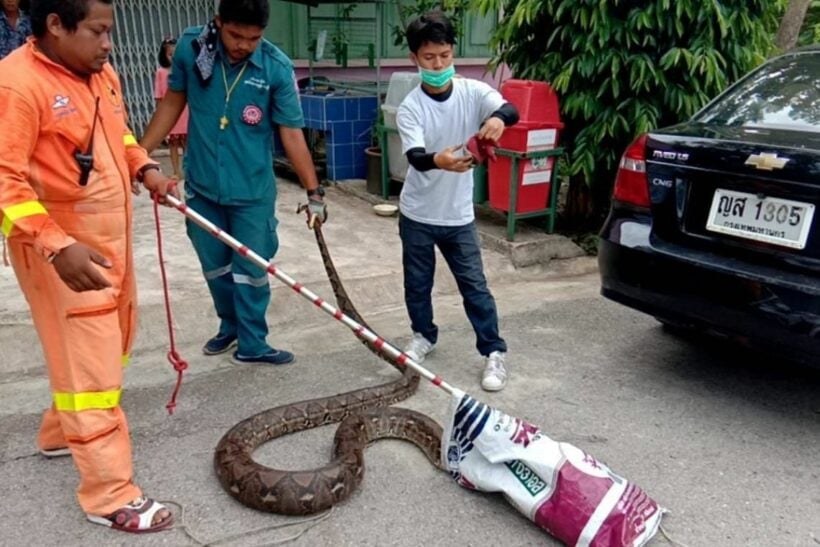 Cats and chickens have been going missing at a central Thailand school for the past month or so. Turns out they ended up in the stomach of a 4 metre, 70 kilogram python. The Pranchanukul Rescue Team in Ratchaburi eventually caught the python yesterday and released into the wild, away from villages. Ratchaburi is on the Burmese border, west of Bangkok.

The janitor at the Wat Aranyikawat Temple School was trying to figure where the animals were going and kept an eye out for a potential predator. Yesterday, he saw the large reptile slither into a pond. After he reported the sighting he tried to track down the snake and found a large cat being eaten by the giant snake. It was the school’s last cat. The janitor tried to intervene, but the snake tried to attack him.

He called the experts in instead. Thailand’s ban on 2 toxic chemicals in herbicides and pesticides, is now in effect. While the move focuses on a sustainable, eco-friendly future, farmers say they are at a loss with no alternatives to keep bugs and weeds from killing their crops.

The 2 chemicals, paraquat and chlorpyrifos, have been shown to be toxic to humans in some studies, in sufficient quantities. Paraquat is used to kill weeds on palm, rubber, sugarcane, corn and cassava plantations while chlorpyrifos is used to kill worms on fruit. The two chemicals were added to the Type 4 list on Thailand’s Hazardous Substance Act last month and the ban started on June 1. A group of Thai farmers again tried to appeal the ban last week.

“Without paraquat, Thai farmers will face losses in key crops because there are no alternatives.”

Secretary-general of the Federation of Safe Agriculture Sukan Sungwanna says that around 10 million farming households in Thailand use the chemicals.

Thailand’s deputy chief for the Department of Agriculture says they’ve prepared 16 alternatives for substitutes for the chemicals, but declined to discuss the details.

Farmers are given 90 days to return unused chemicals back to sellers. Farmers caught storing or using the chemicals after June 1 face charges of malfeasance. Those who sell, produce, import or export the chemicals can also face up to 10 years in jail and an up to 1 million baht fine. 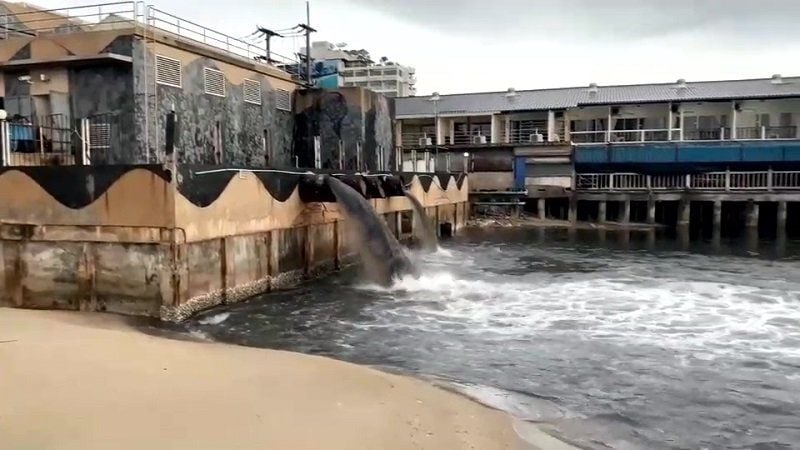 Just when you thought it was safe to go back into the water… some disgusting black water gushing back onto the Pattaya foreshore. It’s meant to be the Gulf of Thailand, not the Black Sea. The video on the ‘We Love Pattaya’ Facebook page (below) showed the black water pouring into the sea from a pumping station near the entrance to Pattaya’s Walking Street.

By the time reporters got there to collect more pictorial evidence, the damage done was evident although the flow of dirty water had stopped. Heavy rains from late last week had mixed with heaven-knows-what and ended up being deposited on Pattaya’s foreshore, basically pristine up to this event after a ‘rest’ from tourists for nearly 3 months.

The local media called on Pattaya authorities to “act on the reports” but nothing is expected to happen. At this stage, seeing this video, social distancing may be more than just staying away from other people.