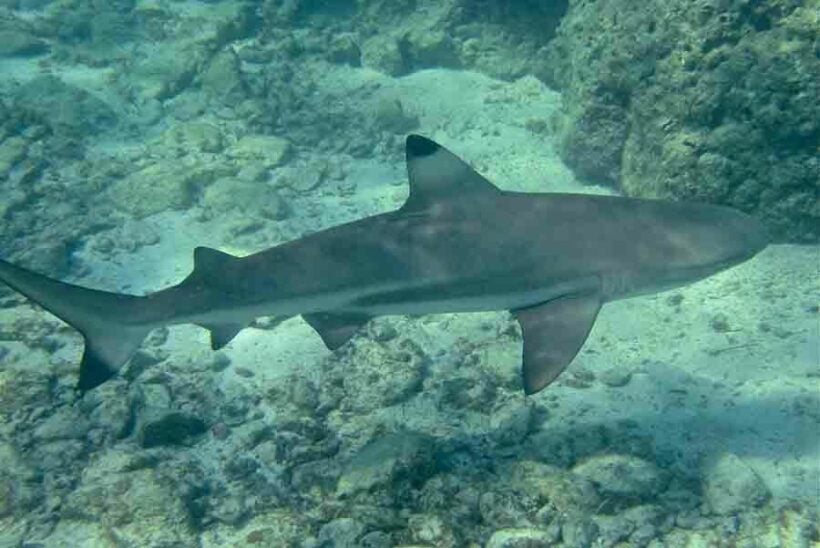 Thailand’s Minister for Natural Resources and the Environment has blasted a TikTok video that shows Krabi boatmen shooting at blacktip reef sharks. Varawut Silpa-archa has slammed what he describes as an act of gratuitous violence and says the sharks will be added to the list of protected marine species.

According to the Bangkok Post, the video surfaced on Monday and shows 5 men using a gun to kill the sharks, around 90 kilometres from the protected area of Hat Noppharat Thara–Mu Koh Phi Phi National Park, in the southern province of Krabi. In the clip, the men can be seen firing at 3 blacktip reef sharks and 2 trevallies. The men then drag the sharks and fish onboard their boat, Ding Lor Zing.

Varawut says that while blacktip reef sharks are not currently on the protected list, he has issued his ministry to review the list with a view to changing this.

“I’ve already instructed Jatuporn Burutphat, permanent secretary for environment, to work with all relevant agencies to review our policies to better protect our marine resources. Agencies in the areas have also been instructed to beef up surveillance and better educate local residents.”

According to the Bangkok Post report, Sopon Thongdee from the Department of Marine and Coastal Resources has confirmed a review of the list is taking place and blacktip reef sharks will be given protected status.

“These sharks pose no threat to humans.”

Meanwhile, Sopon’s department is filing a police complaint against the men in the video for using a boat without permission, an offence that carries a 10,000 baht fine.