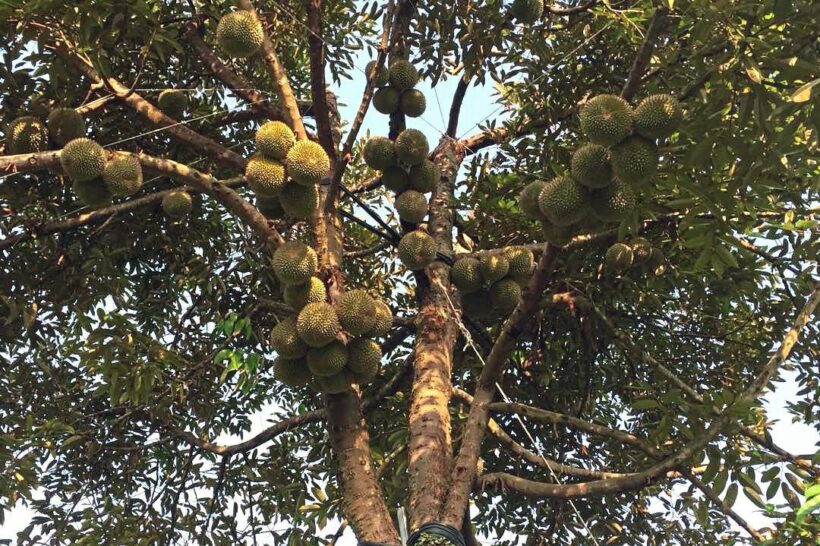 The Thai Ministry of Culture has declared a Durian tree and one Takien Thong tree, both about 200 years old, in Chumpon, to be part of the country’s national heritage.

Culture Minister Veera Rotepojanarat went to Patoh district to preside over the “ordination” ceremony for the two old trees in Tambon Patoh. The ceremony also featured an exhibition, created by officials from the Forestry Department, of forest products, the making of Thai sweets and how to preserve trees. Wilai Prommanee, a provincial culture official, explained that, for a tree to be declared part of the national heritage it must be a native species and have a history. The durian tree is believed to be the first of the Khi Le species to be introduced into Chumpon about 200 years ago. There are also more than 10 rare, large durian trees in Patoh district, which is well known for rafting on Khlong Patoh.

So far this year, 88 trees of different species have been declared part of Thailand’s national heritage.

Manhunt for drug suspect who ran over policeman in Surat Thani