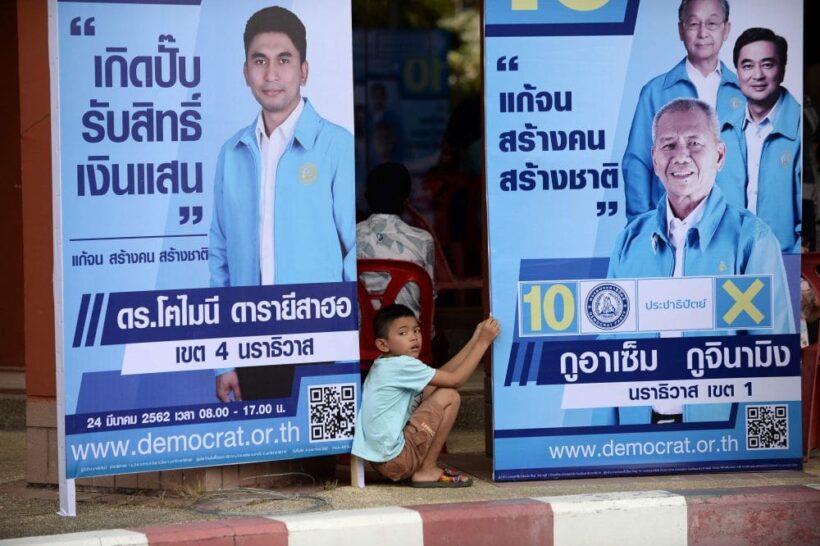 Campaigning ahead of the March 24 election is getting a little too heated in the view of some observers.

The old habit of slinging mud between rival politicians has revived prompting critics to raise concerns.

“The world has evolved but Thai politicians have failed to develop or employ new, creative methods in their campaigns to attract voters,” said Wilaiwan Jongwilaikasaem, associate dean for academic affairs at Thammasat University’s Faculty of Journalism and Mass Communication.

She notes that traditional posters and banners were still being used to familiarise voters with the candidates, though some parties are also making good use of social media and infographics.

But she says there is still a lack of focus on policies and the overall campaign is instead being used to propagate hate speech and smear rivals. Voters will inevitably have difficulty deciding whether some accusations in circulation are even factual, Wilaiwan said.

“We expect the 7 million first-time voters, including those who have just turned 18, to be enthusiastic about casting their ballots. But what concerns me the most is whether their votes will be ‘quality votes’.”

Wilaiwan also wonders whether new voters will be able to play a major role in changing the face of politics, especially given such a short time before election day. Although some young voters are interested enough to look into candidates’ qualifications and verify whether claims made are true or false, she pointed out that many more are attracted to specific candidates based only on their celebrity status.

The academic cited presidential elections the US where there are typically only two rivals and they compete on policy. Candidates win or lose depending on what their parties have to offer.

In fact, the policies are so popular that the camp has continued winning, no matter what the party’s name, be it the now-disbanded People Power Party or the current Pheu Thai Party. This time around, though, many other parties are also embracing populist policies.

The main message candidates have been delivering to voters has not changed much, with many parties’ political discourses still “trapped” in either the fight for democracy or populist policies, said Titipol Phakdeewanich, dean of political science at Ubon Ratchathani University.

The Democrat and Future Forward parties are leaning towards populism, while the pro-junta Phalang Pracharat is disguising its policies under the theme of “reconciliation”, he said.

“But in reality, these discourses do not reflect any changes in Thai politics,” he said

“The Democrat and Future Forward parties are offering a welfare state but have yet to show how it will be sustainable or if recipients would be self-reliant. Phalang Pracharat Party is relying on the reconciliation discourse to explain why the military is still necessary to maintain order.”

“The political discourse used by pro-junta parties is undermining the progress of Thai democracy, he added.

However, he said, though the election is not expected to bring massive change to society, it will at least encourage voters to pay more attention to democracy.

“I think this election is more like a referendum on democracy or an indicator of how desperately Thai voters want democracy, rather than actually returning to true democracy. What we will have is just pseudo-democracy,” he said.

“This election is being held just so that Thailand can be a part of international democracy. Otherwise it will be difficult for it to promote its economic policies internationally.”

Titipol, who lectures on political communication, said the most important concern was not about what politicians convey to voters, but rather voters being open to two-sided information.

“It doesn’t matter who you support, but you should make time to listen to all opinions so you can make a good decision,” he said.