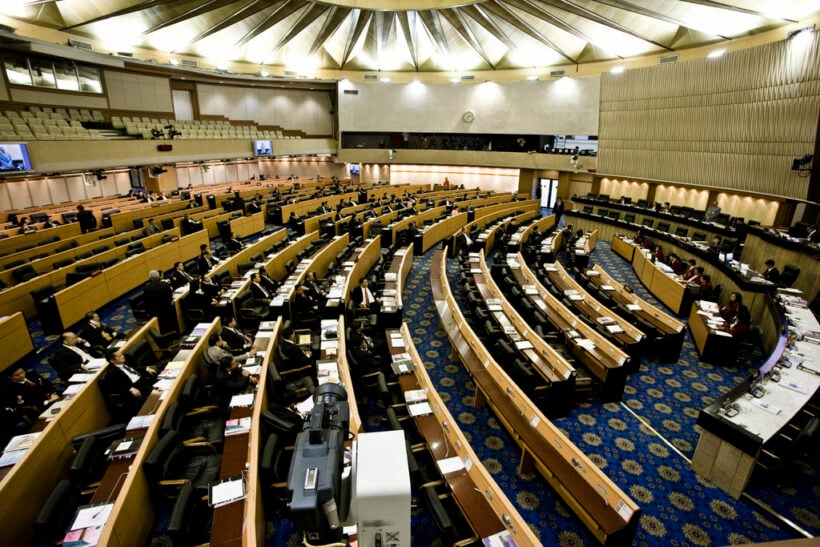 It was off, then on again. Now it appears that it’s off, but that could change as today continues.

The Pro-army Palang Pracharat’s efforts to build a coalition to form a majority government in the new Thai lower house have reached a new stumbling block amid bickering over ministerial portfolios,.

Just two days ago the Bhumjaithai and Democrat parties seemed poised to join with Palang Pracharat and sign an agreement.

But the deal has hit a snag after Phalang Pracharat and Democrat parties could not see eye to eye on the post of agriculture minister. Control of the ministry assumes significance in solving issues related to agricultural product prices, which impact a great number of voters.

“Now it is back to square one,” said a Democrat Party source late yesterday.

An influential faction in the pro-junta bloc drew a line in the sand saying they wouldn’t give up the agriculture ministerial position after having already sacrificed the house speaker’s post to Democrat patriarch Chuan Leekpai.

The bloc reportedly tried to bargain with the Democrats by offering the position of education minister but to no avail.

The situation was made worse after Phalang Pracharat’s No 1 party-list MP, Nattapol Teepsuwan, told the press that the bloc could still back junta chief General Prayut Chan-o-cha to be the PM, even without support from the Democrats.

As PM, Prayut would have the power to dissolve Parliament and call an election should the formation of a coalition be impossible, according to Nattapol.

Though the Democrat Party only has 53 seats in the lower house against Phalang Pracharat’s 116, its move could trigger a domino effect and shut the doors on the formation of a pro-junta coalition government. Bhumjaithai Party, which had accepted Phalang Pracharat’s invitation on Monday, is also likely to review its stance.

Bhumjaithai leader Anutin Charnvirakul said yesterday the party could not work with Phalang Pracharat unless it had a simple majority to legitimately form a government. Chartthaipattana Party, which had earlier said it would support the Phalang Pracharat-led coalition in Parliament, also appeared discontented and might change its stance over the allocation of Cabinet seats.

Meanwhile, Pheu Thai Party’s secretary-general, Phumtham Wechayachai, yesterday blamed the Constitution as the root cause of this deadlock. He urged all affected parties to unite in the public interest and to amend the charter.