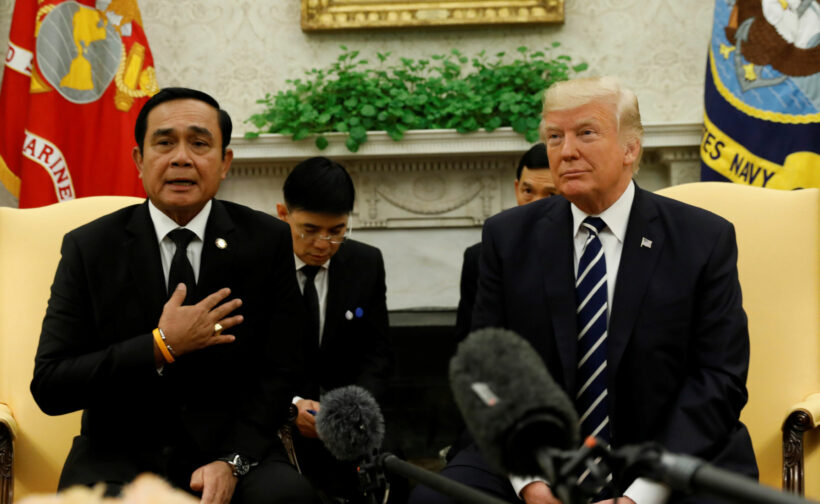 The US is piling the pressure on Thailand over its agri-chemical ban, and it appears to be working.

A report by the Nikkei Asian Review claims the Kingdom’s proposed ban on three agri-chemicals – Paraquat, Glyphosate and Chlorpyrifos – would have affected American agricultural exports into Thailand. But the US President has weighed into the issue.

Following news of the proposed ban, the US suspended the exemption of tariffs on Thai exports to the US, which had been in place under the country’s Generalised System of Preference.

The threat of being impacted by the US sanctions saw Thailand do a complete U-turn on banning paraquat, chlorpyrifos and glyphosate, when it announced a suspension of the earlier ban last month.

Meanwhile, Vietnam and Malaysia are said to be ploughing ahead with a ban on paraquat (better known by the trade name Roundup) from January 1, with the chemical already banned in the EU. Some studies have shown that contact with paraquat can lead to serious long-term health problems, while ingesting it can kill, according to the article in Nikkei Asian Review.

The article suggests Thailand may come under additional pressure as a result of US President Trump’s displeasure with the country’s growing trade surplus with the US.

The US is also pushing other nations, notably China, to address the trade imbalances and Thailand is also likely to start feeling the heat with its surplus against that of the US expected to increase further over the coming year.