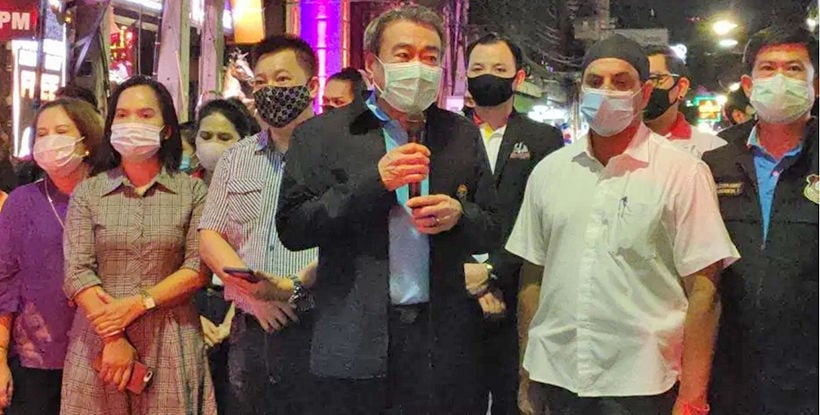 Pattaya’s famous Walking Street nightlife district is now open to vehicular traffic around the clock, but not everyone is pleased. Business owners in the Walking Street area are reportedly asking the Pattaya City government to extend a current trial allowing vehicles onto the street at all hours of the day. The trial was proposed as international borders are still closed due to the Covid-19 crisis, leading to a lack of tourists. An estimated 60% of its businesses remain closed, although some nightclubs are still popular, even with reduced traffic.

“This opening event is to invite both Thai and foreign tourists to visit Walking Street. Now, vehicles are being allowed to enter walking street as a long-term trial. However it is one way traffic to prevent accidents.”

Comments on social media were mostly negative. While many saw the point of making the area seem more lively and allowing people to park or get dropped off in front of their venue of choice rather than walk down a darkened street with many closed businesses, in reality the traffic combined with pedestrians appeared somewhat chaotic on the first night. Parking is now also allowed on the street, which has led to reduced space for both vehicles and pedestrians. 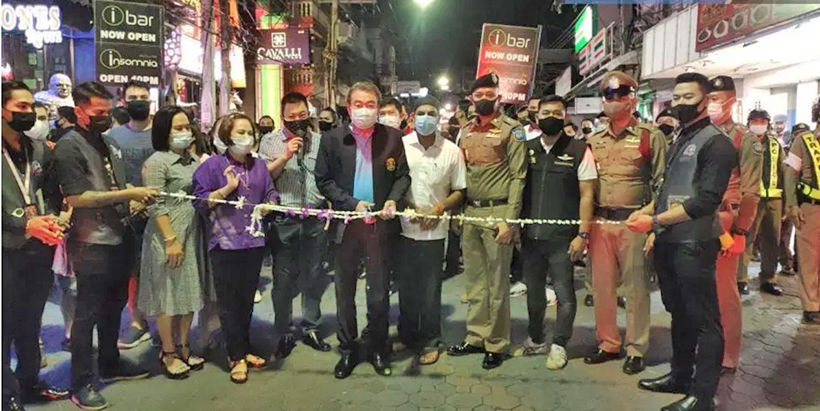 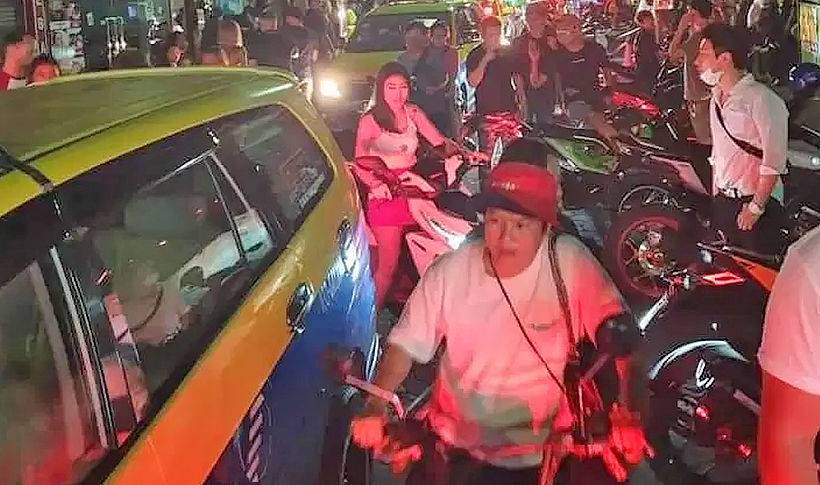