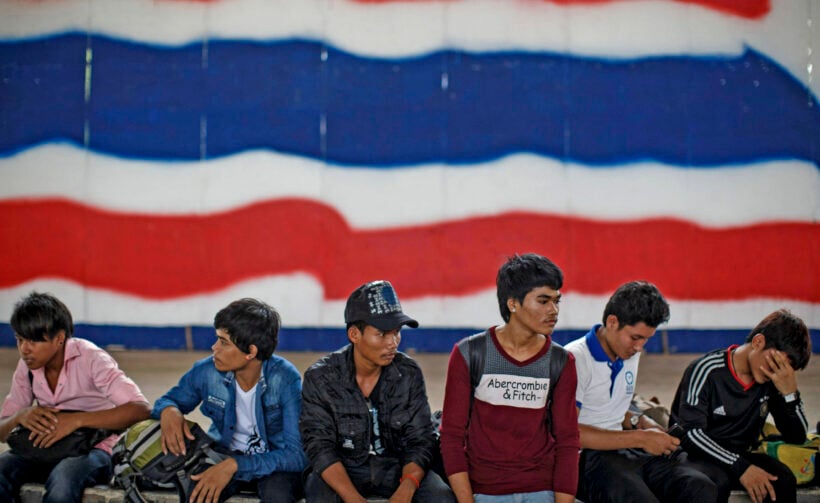 Is your career headed for the scrap-heap? Rangsit University’s Economic and Business Research Centre for Reform has been studying the careers and businesses that are at high risk of disruption, layoffs or downright extinction.

They’ve also identified 10 other careers that have a promising future. In discussing the detailed survey, the centre’s director, Anusorn Tamajai, said 12 careers faced high risk of layoffs or stagnant income.

The first group comprises businesses or professionals related to providing services for babies up to 15 year olds – in healthcare and education. The risk stems from the fact that the numbers in this group have been decreasing. Their numbers are estimated to be 12.7 million to 12.8 million next year given that the Thai population growth rate this year is only 0.18%, the slowest of the ASEAN nations. The total Thai population now is 69.3 million, or 0.9% of global population. Thailand’s population is forecast to peak at 70 million (69.7 million) in 2025 before dropping to 65.4 million in 2050.

The population of the young age group will decrease to 10.4 million in 2027. Specifically, a large proportion of children are in the deep South provinces of Yala, Pattani, Narathiwat and Satun, or about 23-24% of total population in each province. But the first three provinces are already facing economic hardship due to the unrest.

Anusorn said that he expected more childcare centres and kindergarten and primary schools to be shut down which will adversely affect employment of teachers and other educators.

Those who are employed in counter services will also be hit hard as former customers will now do more transactions online. Brokers and direct sales forces also would be adversely affected by online business.

Those who are in print media, advertising, cable TV and satellite TV face a grim future. The print media is a tailspin of lay-offs, down-sizing or extinction as its economic model becomes impossible to sustain and its previous audience evaporates.

Employees or businesses in “dirty manufacturing” which contribute to climate change and pollution will be adversely affected as scientific and eventually political pressure will force their closure.

Property leasing will not escape either. Traditional banks and financial institutions would be disrupted. Manufacturing of auto parts and obsolete IT manufacturing will be hit hard as new technology comes into favour and the old goes by the wayside.

As a side-effect, people in high-end and low-end property development will face a hard time due to lack of demand in the high-end property and lack of purchasing power at the lower end.

But, there is light in the sea of dark. The study identifies 10 careers that are expected to flourish in the future. These include care of the elderly and rehabilitation business. Those who work for electronic platforms will have bright prospects. With growing e-commerce, those in the transportation and logistics businesses will benefit.

Tourism and related services are expected to continue to grow. Medical services, healthcare and health foods will see expansion. Construction, rail system and communication systems will expand. Those who have knowledge to develop applications will be boosted by the IT revolution.

Advance data analysts, insurance economists, actuaries and investment advisers are also expected to be thrive. New careers such as user-experience manager, content and social media manager and virtual reality consultant will have a bright future. Online educators and related services will find a promising future, according to the report.

The report forecasts that in 2020, more people will be laid off hence the Social Security Office will have to make sure that the former workers are well protected. The rising ageing population will put high pressure on the social security fund, which needs to be reformed due to increasing compensation for laid-off workers and pension payment for retirees.