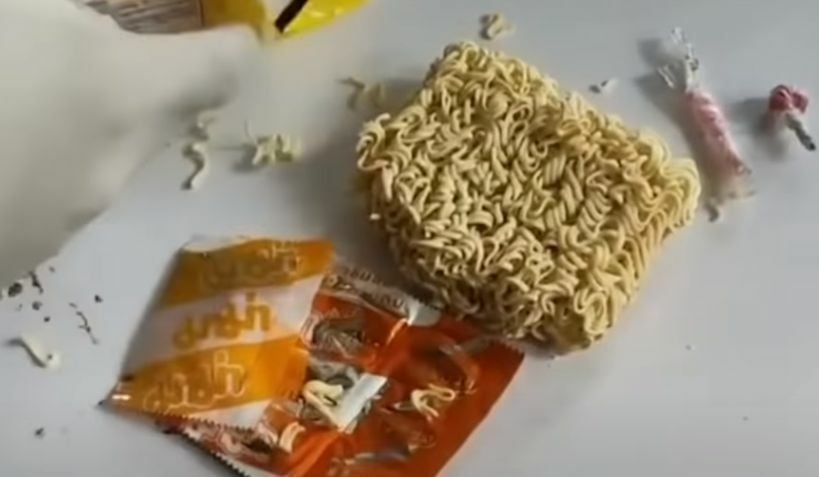 Methamphetamine pills were found in packages of instant noodles that were dropped off yesterday morning for a Covid-19 patient being treated at Sanam Hospital in Nan, a province in northern Thailand bordering Laos. A young man, believed to be around 20 to 25 years old, came by the hospital to deliver the instant noodles to his 25 year old friend who was being treated at the hospital for a Covid-19 infection, according to a report by the Thai media outlet CH 7.

The surveillance camera footages show the man quickly handing over the 5 packs of instant noodles to officials at the hospitals and rushes off his motorcycle. The packets looked like had been previously unwrapped, the officers decided to examine it. During the inspection, 10 amphetamine tablets were discovered hidden inside packets of “instant noodles” packed in a clear coffee tube wrapped in another plastic bag.

The face of the man who delivered the methamphetamine could not be clearly identified on the surveillance camera, but officers are assuring the public that they can easily track him down. Following this, the 25 years old Covid-19 patient will be interrogated while the man with the illicit drugs in his possession will be tracked down and arrested.

Earlier this year where a Malaysian man was also arrested for concealing drugs in packets of instant noodles for distribution in Bangkok, according to New Straits Times. 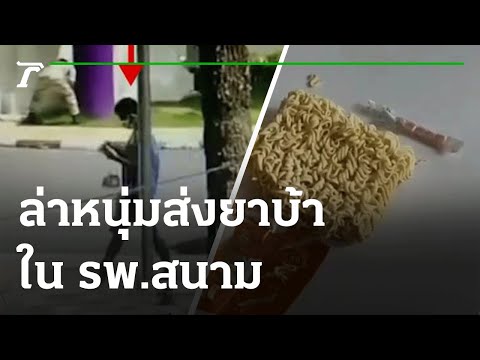 Dedinbed
Methamphetamine pills were found in packages of instant noodles I'd have taken some iced buns for him to speed up his recovery ..
farangalso
Drug dealers have no respect and the deterrent is not strong. Execute a few dealers and see that crime go down. Firing squad no choice of lethal injection..... is that to harsh? Ask the people of loved ones that over dosed.