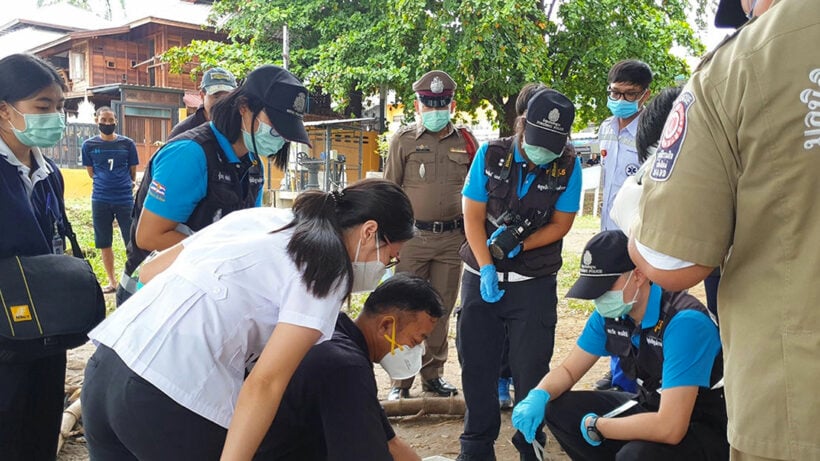 Police and rescue staff in Chiang Mai have retrieved the body of a woman from the Mae Ping River near Nawarat Bridge. The woman, aged estimated to be 40-45 years old, was wearing a white T-shirt, a pair of shorts and white socks.

Forensic staff estimate she had been dead for at least 2 days before the body was discovered. They found wounds on her head and chin, believing she had been hit with a hard object. There were also “several holes” in her body, with blood oozing out of the wounds.

Police speculate she was a victim of assault and the perpetrator dumped her body into the river to conceal the crime.

The body was sent to Maharaj Nakorn Chiang Mai hospital for a detailed autopsy to determine the cause of death, while police are checking missing-persons reports for clues to identify the victim. 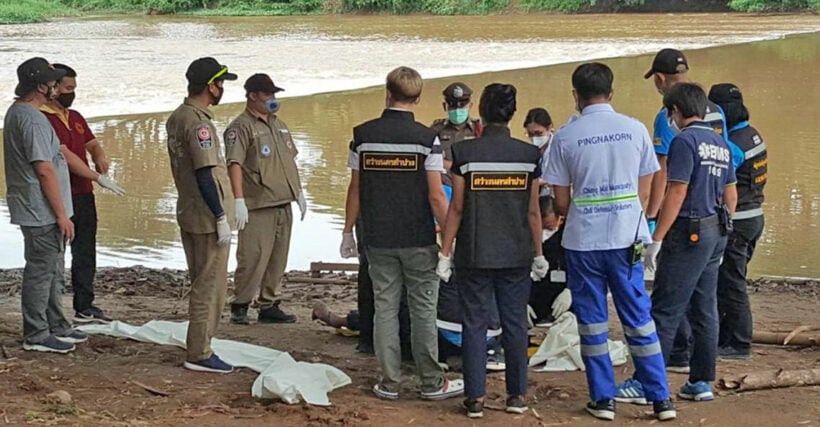 Isaan man stabs at motorbike drivers, turns himself in to police