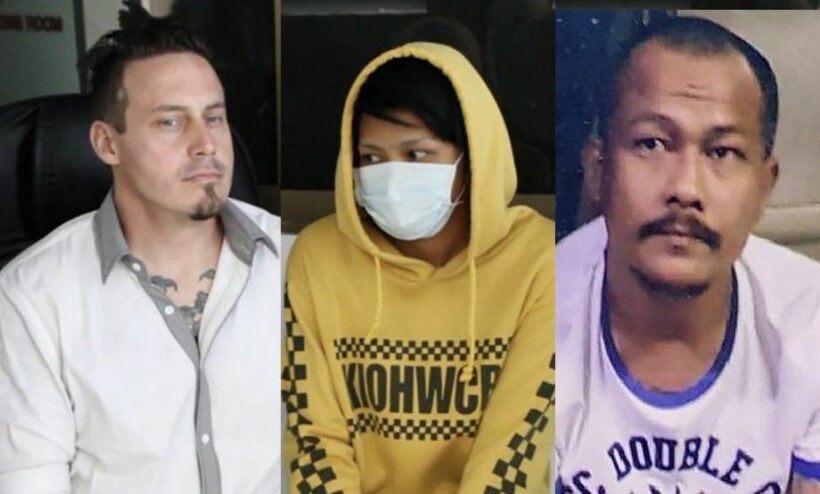 Three prisoners, one of whom is American, and all of whom are described as armed and highly dangerous, remain on the loose after a daring escape from a Pattaya courtroom yesterday.

The Pattaya News reports that the prisoners are Thai nationals Mr Noi Ton Nintet and Ms Sirinapha Wisetrit, along with American national Mr Bart Allen Helmus, who is understood to be married to Ms Wisetrit.

All three were being tried over drugs charges when they managed to escape from Pattaya Provincial court yesterday afternoon by stabbing one police officer and threatening others with a gun.

They made their getaway in an Izuzu pick-up truck that was waiting for them. No information is currently known regarding the registration of the truck or the owner’s details, or how the prisoners managed to get hold of the weapons to make their escape.

Police checkpoints have been set up throughout the Chonburi area, with alerts issued to the US Embassy and Immigration checkpoints at all borders within reach of Pattaya. Police believe the three prisoners are still in the Pattaya area, laying low until they have an opportunity to flee further.

The public have been warned that the escaped prisoners are armed and dangerous and should not be approached. Any sighting should be reported immediately to police.