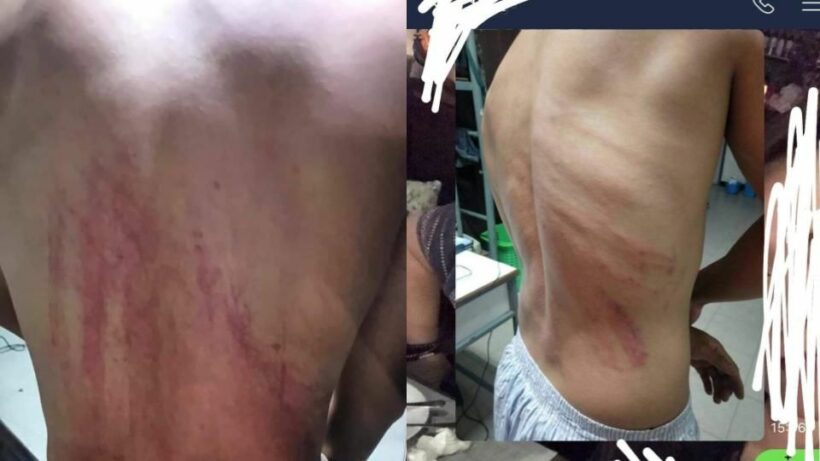 The student, “Nong Folk”, was allegedly attacked by other students with a bamboo cane on October 4. As a result of of the attack his mother took him to Chiang Mai police to file a formal complaint the day after.

Police say they contacted Mae Jo University to find the students behind the attack. According to Chiang Mai One News the police claim that that the university officials would not cooperate with their inquiries. They also claimed that students were on vacation and could not be contacted.

Following a month of inaction, the family of the victim took the matter into their own hands, uploading photos of the student. The post has opened the floodgates with other parents speaking up about the brutality their own children had experienced as part of the Thai hazing rituals.

Now the Provincial District 5 Police are getting involved, demanding answers and promising that the investigation will be followed through.

Police say they will summon 10 students for questioning. Charges could include… assault on others causing physical or mental harm; with a fine not exceeding 40,000 and up to two years in jail.

Mae Jo University has also responded by claiming that the alleged assault take did not take place on campus, stating they do not support hazing rituals or any forms of violence against students.

Despite having failed to act for nearly a month, the Chiang Mai university now say the students face disciplinary action including expulsion.

Top 10 places to visit around Chiang Mai, on a motorbike