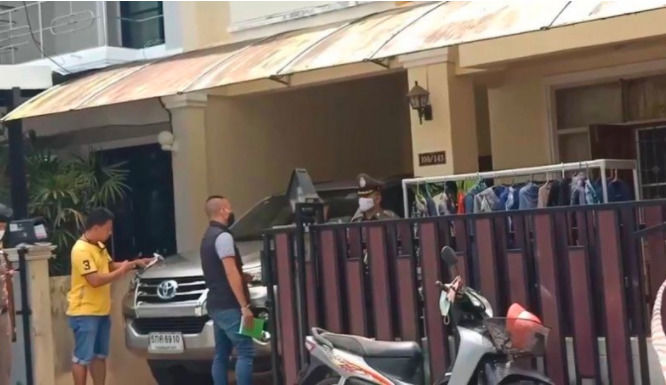 A teenager in Southern Thailand allegedly shot and killed his mother and brother before killing himself yesterday. In another case in Northeast Thailand, a man allegedly stabbed and killed his nephew Sunday night.

In Trang, the mother and her 14 year old son were found in bed with gunshot wounds. The suspected shooter, a 16 year old boy, was found sitting with a gunshot wound to his face and .38 revolver in his hand.

The mother was supposed to go into work at a local bank branch. Police say she was a manager at the bank, but did not give any additional information on her identity. When the woman did not show up to a meeting she had planned that morning, her staff called her family.

The woman’s family and neighbors knocked on the door. When there was no answer, they entered the home and found the mother and her children dead.

In Buri Ram, 74 year old Ka-ed Miadtiab allegedly stabbed his 60 year old nephew Ruey Plaiprakhon after an argument. Miadtiab was arrested and charged with murder and carrying a weapon without permission.

Miadtiab told police his nephew came into the house while he was watching a boxing match on TV. His nephew criticised the uncle’s TV habit and how he doesn’t contribute to paying the electricity bill, Miadtiab told police. The argument led to a fight. The uncle allegedly took out a knife and killed his nephew.