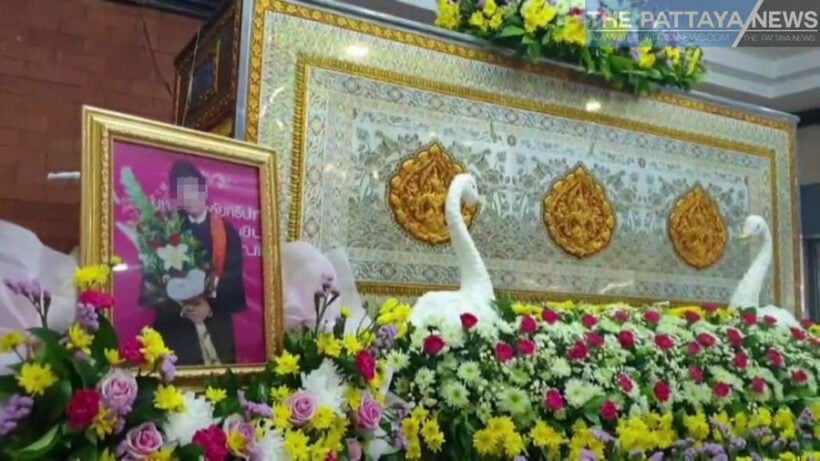 Two sons of Royal Thai Navy officers have died of pneumonia, not Covid-19, says Apirat Katanyutanon, chief of Public Health in the eastern province of Chon Buri. One of the deceased has been named as 35 year old Bulakorn Hutacharoen, while the other, a 39 year old male, has not been named. Both men were sons of Royal Thai Navy officers and their deaths of apparent lung conditions have sparked rumours and fear on social media.

Chon Buri health officials are dismissing as “fake news” the suggestion that both men died of Covid-19. A report in The Pattaya News says Bulakorn died at Chon Buri hospital last week, 2 days after being diagnosed with a lung infection. A doctor treating him says he died of an infection caused by pneumonia. The deceased’s father, Prakit Hutacharoen, says his son was generally healthy and had never spent time in hospital before.

“My son had never had an illness before, he only had some allergies and was overweight. He ran a personal business in Bangkok and had been on a business trip to Japan in December last year, and we didn’t see each other much since, especially during the time of the Covid-19 pandemic.”

Health chief Apirat says both men tested negative for Covid-19 more than once, dismissing social media rumours that they died of the virus.

“The cause of death of the two patients has been verified as pneumonia, as initially diagnosed. The relatives of the two deceased have also been well-informed. Multiple tests for Covid-19 have been performed and all have come up as negative. The local population can relax as there is no sign of Covid-19 in either deceased person.

“Neither of the two deaths had a history associated with the virus nor were related to the state quarantine facility in Chonburi. Although one had a report of returning from Japan, it was long before Japan had any reports of Covid-19 cases. He had not been in Japan for many months and long past any potential incubation period of the Covid-19 virus. Additionally, neither were involved, as some rumours stated, with foreign soldiers or military exercises involving foreigners. Multiple tests prove neither victim died from or with Covid-19.”