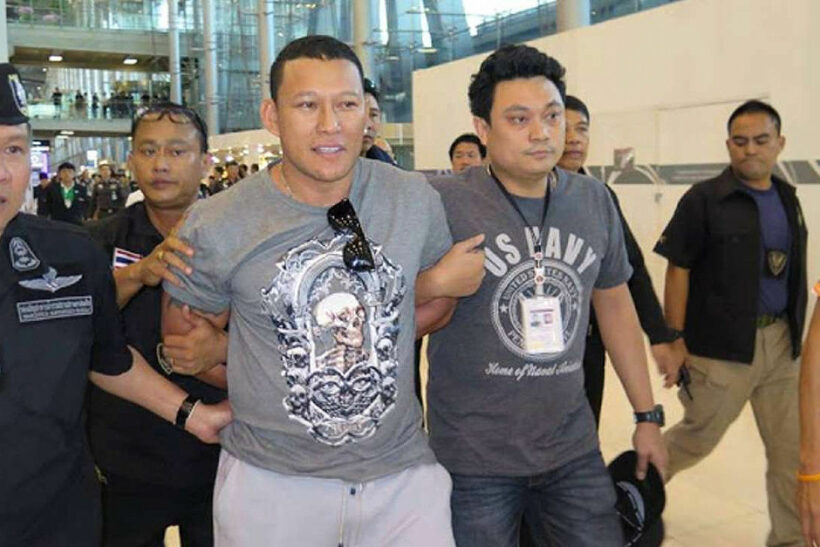 A Thai court has upheld a life sentence for Lao drug kingpin Xaysana Keopimpha, who’s charged with smuggling a huge number of methamphetamine pills, known as yaba in Thailand, into the kingdom in 2016. The Thai Court of Appeals found that Xaysana arranged for the drugs to be smuggled from Laos in a vehicle with a false roof compartment.

The court ruled Xaysana must serve his prison time in Thailand since the smuggling attempt was aimed at harming Thai citizens, even though the drugs never made it into the country. The court also dismissed Xaysana’s appeal that Thai authorities had misunderstood him, due to mistranslation and “communication difficulties.”

The 44 year old Xaysana was arrested at Bangkok’s Suvarnabhumi Airport in January this year and in April pleaded not guilty to all charges. Xaysana has often been linked to Thailand’s wealthy elite, but has always denied being a major player in the regional drug trade.

According to the indictment, which was filed in April, Xaysana and six alleged accomplices conspired in 2016 to smuggle 1.2 million methamphetamine pills into Thailand through the Nong Khai Laotian border checkpoint. At the time, it was thought that the drugs were ultimately bound for Malaysia.

Police arrested several members of the network for possession of the drugs in October 2016.

Plastic microbeads to be banned in cosmetic products