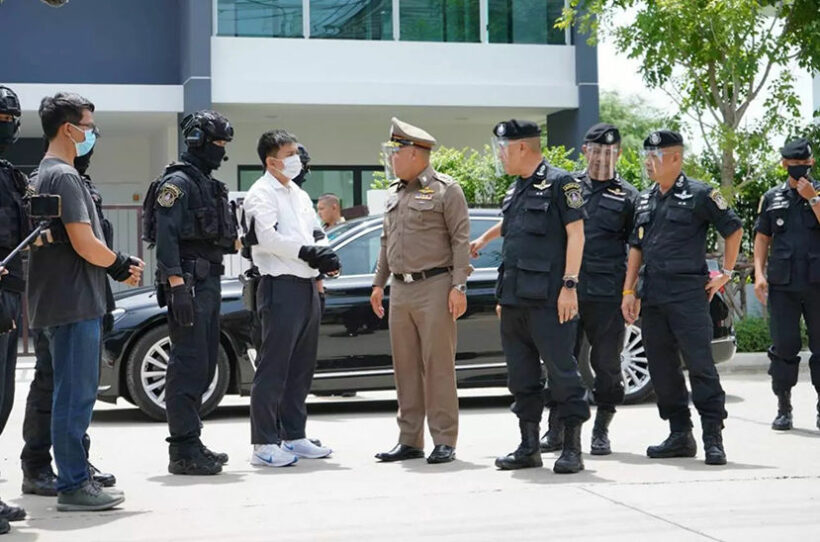 Police in Bangkok yesterday arrested a suspected member of a drug smuggling ring, believed to be shipping heroin to Taiwan, hidden in souvenirs and carried by couriers posing as visitors returning to Taipei. Officers of the Narcotics Suppression Bureau, acting on an arrest warrant, nabbed Penthai Khamhom at a parcel delivery office in Huai Khwang district.

A search of the man’s house in the same district today resulted in the seizure of evidence, including bankbooks. He is charged with involvement in the trafficking of heroin to Taiwan. An NSB division commander says the suspect denies the allegation, but police have substantial evidence to support the charge.

Penthai allegedly transported heroin hidden in tyres from Chiang Rai to a house in Bangkok’s Ramkhamhaeng area for a man named Wichien Ou, who has already been arrested. Police say the heroin was later packed in instant noodle packets and talcum powder tins which a Taiwanese traveller carried from Suvarnabhumi airport to Taiwan by plane, as supposed mementos. The name of the Taiwanese courier was not given.

Penthai reportedly admitted he was paid 200,000 baht by a Taiwanese man to drive him and the tyres from 2 houses in Bangkok to the airport. But police say they had already tracked him for 2 years before the arrest.

His bank books showed about 10 million baht had passed through his accounts.

Bangkok officer under investigation for gambling after video emerges