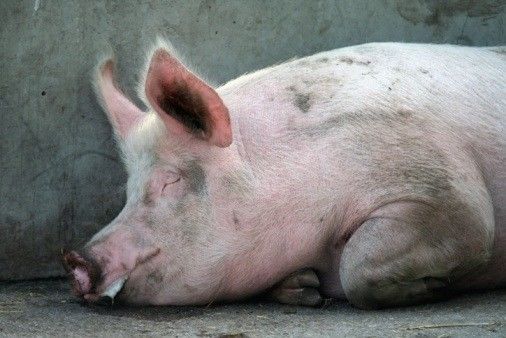 While humans are still trying to get a handle on the coronavirus,  pigs in Northern Thailand are facing their own virus outbreak. The Department of Livestock Development have opened an investigation after the death of 5 pigs. Some pig farmers may need to kill off their pigs to prevent the virus from spreading.

The pigs died from porcine reproductive and respiratory syndrome, or PRRS, according to the department’s director general Sorawit Thaneeto. Luckily, the virus can’t be spread to humans, he says.

To contain the virus, some pig farmers may need to kill off their livestock. Head of the livestock department’s Mae Hong Son office Suchart Moonsawas says he has permission from a local farmer to slaughter his 25 pigs and properly dispose of the carcasses. If the pigs are “eliminated” by the department, the pig owner will get back 75% of the cost of the pigs, Suchart says.

“This is fully voluntary. Some farmers might not allow officials to get rid of their remaining pigs, in which case we will keep a record of their animals and monitor the situation closely. If their pigs die later, they will not get any compensation.”

Pig farms in Mae Hong Son and Tak are being investigated and preventative measures are being put in place to make sure the virus doesn’t spread.

“As a precaution against the disease, we have also prohibited pig farmers in suspected areas from moving their animals out of farming areas or eating the pork of dead pigs.”