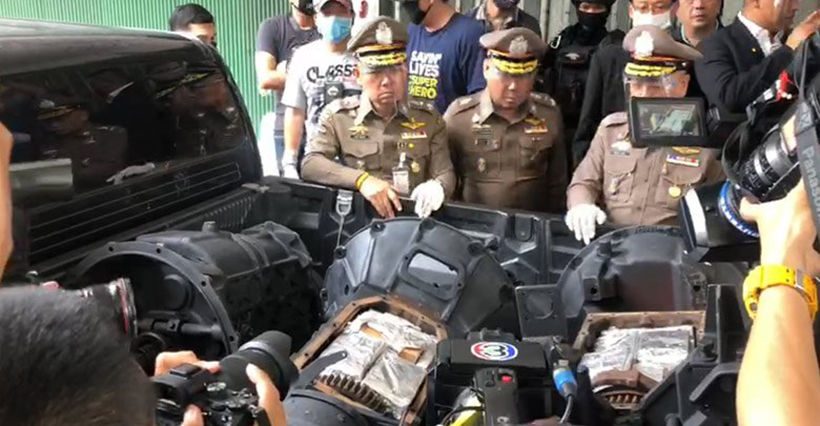 Bangkok police have arrested and charged a man found in possession of 75 kilograms of heroin for export. Drug suppression police got suspicious after they discovered that engine parts were being shipped to Taiwan, a country known for making and exporting such items.

An export company in Ratchadapisek Soi 16 in the Bangkok Yai area came under suspicion. When a man, identified only as “Kriangkrai”, drove a Nissan Navarro from its offices to a parcel delivery company, he was stopped and his cargo was searched. Inside various engine parts there were 200 bags of heroin, weighing 75 kilograms.

Kriangkrai, from the lower northeastern Nakhon Sawan province, told police he’d been hired 6 times over the last 2 months to send parts abroad, for which he claimed he received 10,000 baht each time.

He denied all knowledge of the drugs.

He’s charged with exporting a Class 1 drug and having it in his possession with intent to distribute.

Narcotics police are looking into the source of the drugs in this case as their investigation widens. 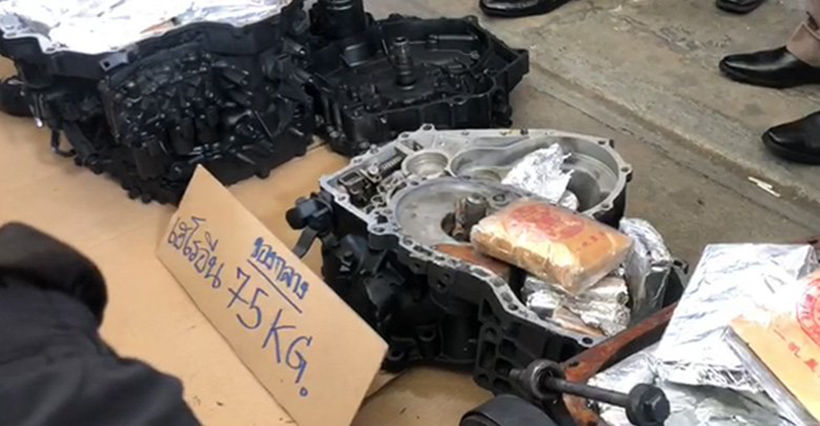 Man treks up and down hill temple to steal donation box, finds out it’s empty