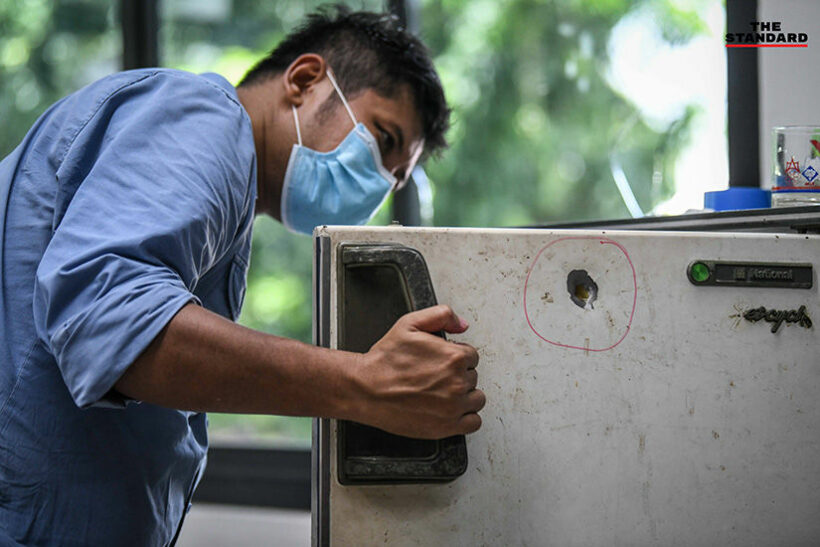 Police in the central Saraburi province, about 120 kilometres northeast of Bangkok, arrested a man early today for allegedly firing a gun at a radio station and stealing a pickup truck in which he fled. Officers of the Nong Khae Police Station were informed at 6:30pm yesterday about a shooting incident at the Public Relations Department’s radio station in Nong Rong subdistrict.

Witnesses reportedly told police that the gunman fired multiple rounds at electricians working at the station, before stealing an Isuzu pickup truck, which was parked at the station, and speeding away. No casualties were reported. As police investigated the scene, the suspect reportedly returned to the station in the truck, but after seeing officers he drove away south toward Pathum Thani.

Police chased the suspect to a house in Nong Sua district at around 1:45am this morning and spent around an hour negotiating with him until he finally surrendered.

The gunman has been identified as 36 year old Somphop Praeseekiew, a resident of Saraburi’s Nong Khae district, who reportedly confessed to stealing an 11mm. handgun and over 30 rounds of ammunition from a neighbour. He said he fired over 20 rounds at the radio station and later returned to fire some more, but seeing law enforcement there, he decided to drive to a relative’s house in Pathum Thani.

The relative reportedly told police that Somphop had recently been released from prison after being convicted on a drug charge.

Somphop is charged with possessing a firearm without a permit and discharging a firearm in a public place. Police are investigating the motive for the alleged crimes. 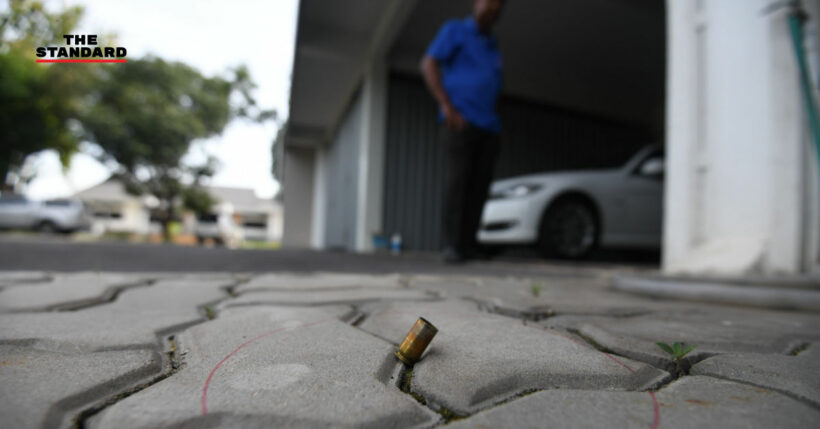 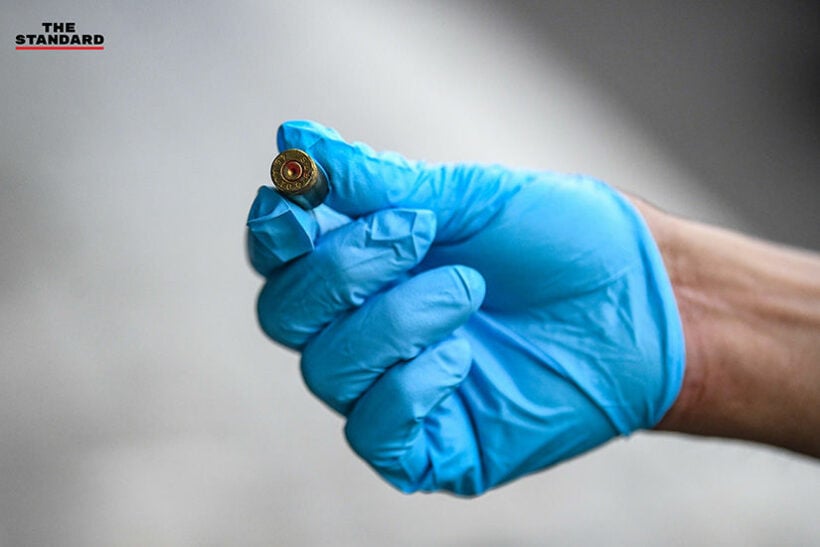 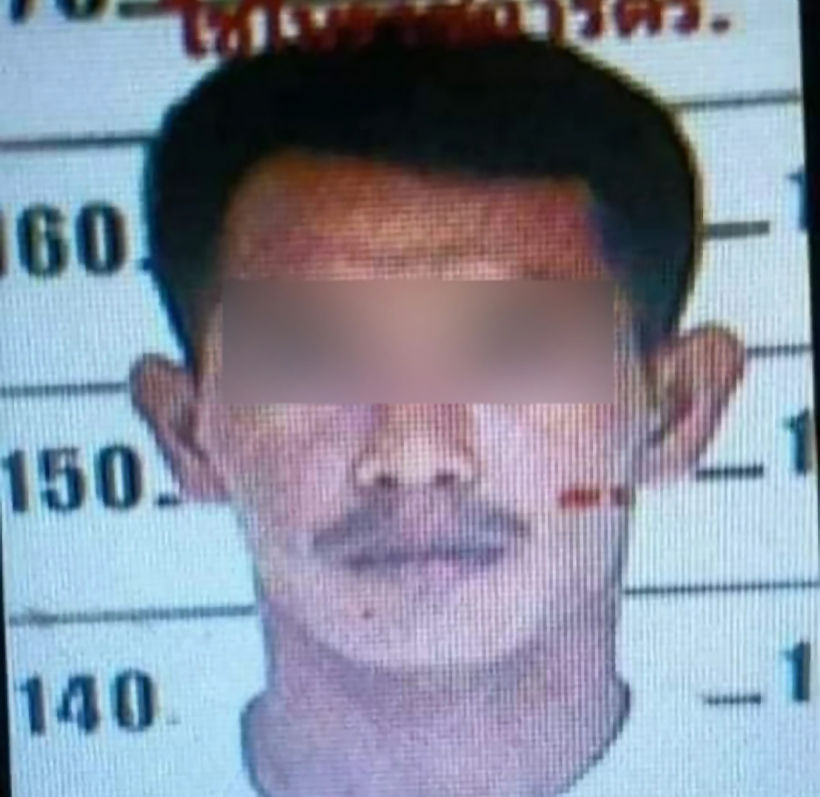