Police in the eastern Sa Kaeo province, along the Cambodian border, say a 61 year old man and his 44 year old wife are dead after what they’re calling a murder/suicide. The incident in the Ban Mai Nong Sai subdistrict was reported at around 6am yesterday.

Authorities arrived at the scene to find 44 year old Nuengthai Klomkraok dead in front of her home with a knife in her neck. She had been killed in front of a vehicle in the middle of the road.

Her husband, 62 year old Somsong Phiket, was identified by witnesses as the culprit. Nuengthai’s son, 26 year old Decha Chaiboonchang, reportedly sat by the road and watched rescue workers when they first came but then fled on a motorbike as police arrived.

Somsong was soon found in a wooded area nearby, having reportedly consumed a large amount of herbicide. Police say his cause of death was suicide.

Decha told authorities the couple fought often, and alleged this was not the first time Somsong had taken a knife to his mother. Somsong reportedly believed his wife was having an affair with a younger man, and was also distraught over personal health issues and legal issues related to a recent drunk driving incident.

The exact cause of the dispute is still under investigation by police. 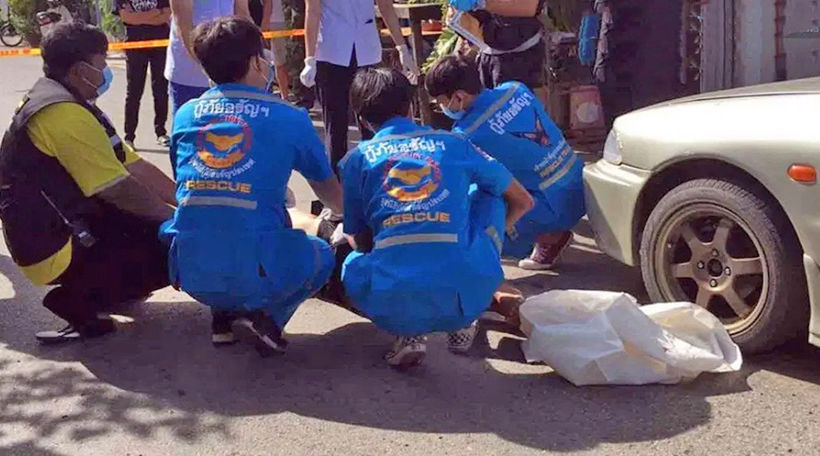 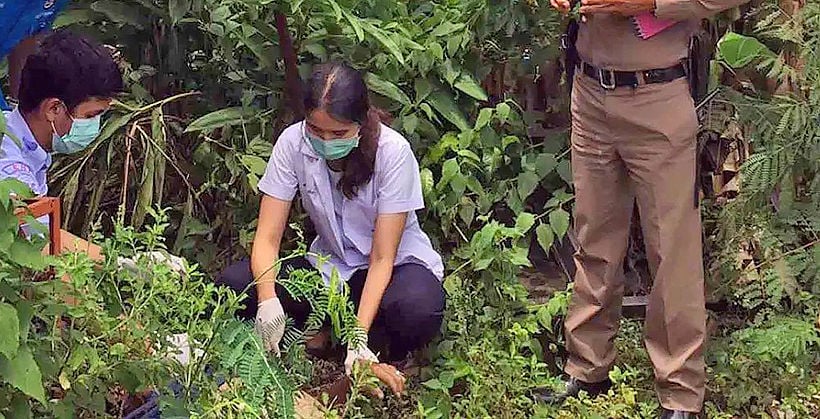