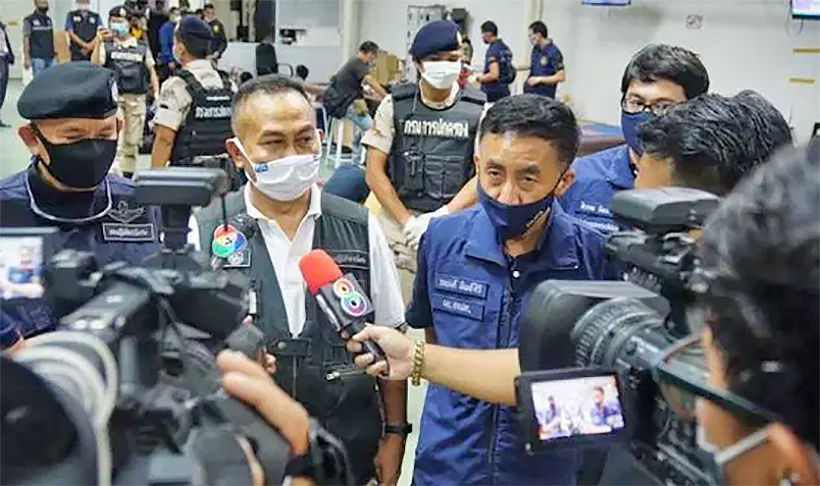 Authorities in the eastern province of Rayong raided a huge illegal casino and arrested 118 gamblers. 12 million baht was reportedly circulated through the gambling den daily. Officers from the Department of Provincial Administration and the Department of Special Investigation raided the den, named “RJ,” in Rayong’s main city district after an extensive investigation.

Check the raid on video (below).

The casino had a total area of 600 square metres. There were many illegal gaming tables and even slot machines. Many of the 118 gamblers were from the Pattaya area. Officers say there was at least 12 million baht in the gambling den at the time of the raid.

Those arrested face charges of illegal gambling and violating the Emergency Decree which prohibits mass gatherings. Officers told reporters that any illegal acts or venues should be reported to the Ministry of Interior Hotline, 1567. 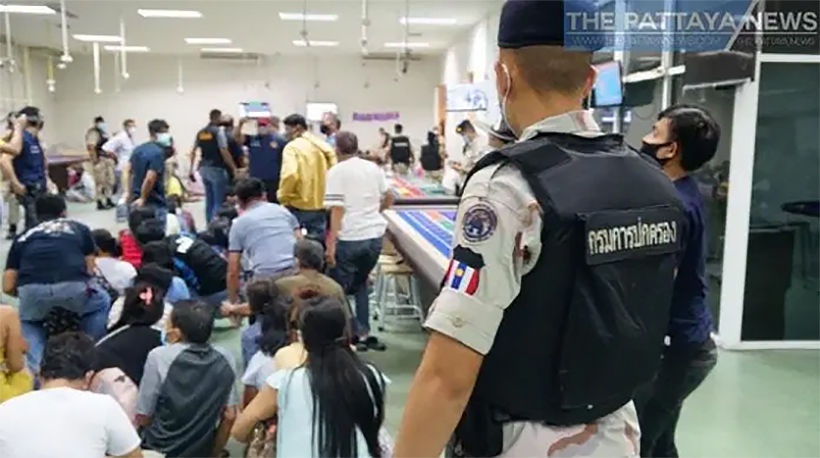