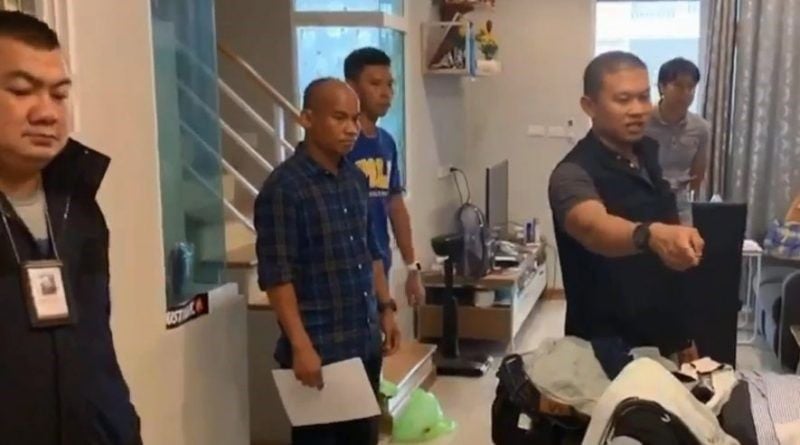 A man working in a Bangkok phone shop is under arrest after stealing customers’ credit card information and going on a shopping spree that amounted to almost 10 million baht.

Incredibly, it turns out he’s been doing this for over 3 years and in that time, has accumulated a house, a condominium, and 3 cars.

He was working as a cashier in a phone shop where he got into the habit of noting down credit card numbers when customers came in to pay their phone bills. He also made note of the security codes on the back of the cards.

Police used his latest purchases as evidence against him. This included goods bought from overseas websites, amounting to nearly 1 million baht.

Satit was caught when one of his victims realised his card was being used fraudulently and notified police.

In the 3 years he’s been doing this, Satit used his victims’ credit card information to buy a home on Rama 2 worth over 2 million baht, a Mini Cooper costing 2.5 million, a Honda CRV that cost 1.4 million, and a Toyota CHR that cost over a million.

All items have been seized by police as part of the prosecution process.

The police are warning credit card users to be more vigilant and protect their data. They suggest using a sticker to cover the 3 digit code on the back of cards and setting up security notifications with the bank that will trigger a text alert when purchases are made.

The Thaiger also suggests not letting 3 years go by before you check the transactions on your card.