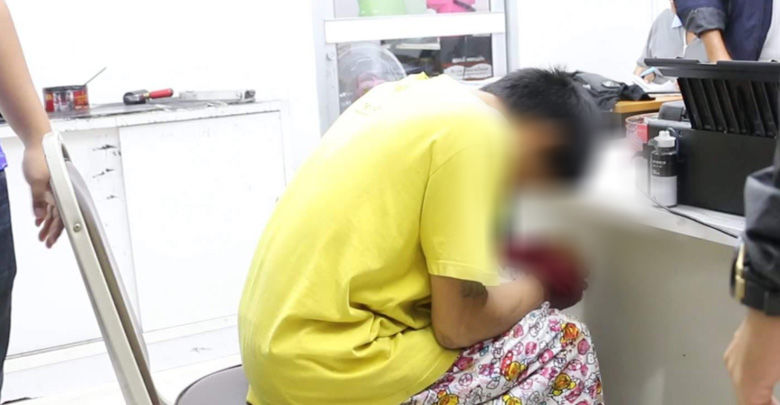 An Isaan man is facing criminal charges for stabbing a knife at random motorbike drivers as he drove down a Khon Kaen road. He turned himself in to police yesterday, saying his rash actions were out of anger when he discovered his family stole his money.

Just 1 motorbike driver was reportedly stabbed and slightly injured by the 28 year old identified by Thai Residents as Pingpong. Another driver was able to avoid the knife by moving his leg out of the way. Pingpong turned himself in to police a few days later. Thai media reports the man was crying and saying he wasn’t himself.

Pingpong told police he made most of his money from motorbike racing and he made enough to buy a car and a motorbike. At some point, Pingpong went to prison on drug charges. Reports do not say how long he was incarcerated. While Pingpong was in prison, his mother and brother spent his money and sold his car.

After Pingpong was released from prison, he came home to find his money spent and the car sold. He told police he was filled with anger and drove off on a motorbike, stabbing a knife at random drivers.