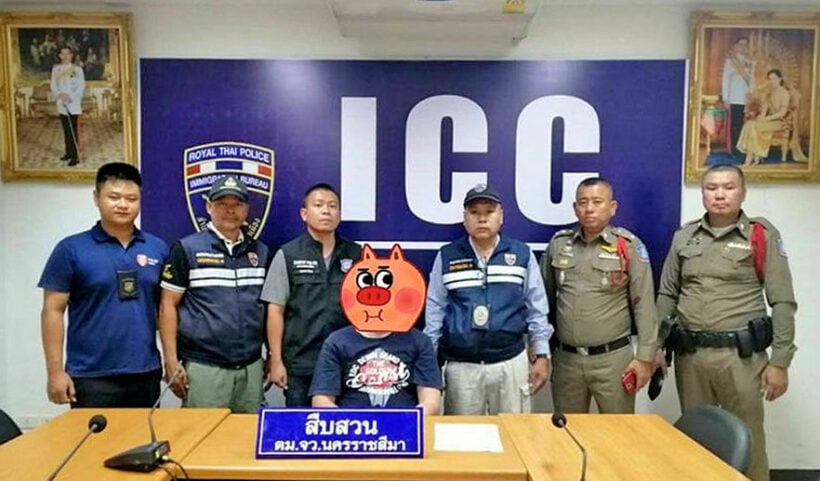 Nakhon Ratchasima Immigration, along with local tourist police, have arrested an Irishman,Samuel Caleb Birch, who has been on an overstay of 4,192 days. That’s nearly 11 years and six months!

According to Naew Na, the man was arrested at a restaurant in Soi Moo Ban Yamo 5, Ban Mai, Nakhon Ratchasima, north-east Thailand.

According to his visa, he arrived in Thailand through the Malaysia border at on January 17, 2008 on a 90 day tourist visa valid up to April 15, 2008. Despite the report from Naew Na saying he was Irish, ThaiVisa reported that he was actually from Taunton in Somerset, England and was married with a Thai wife and two young children.

A GoFundMe account had been started for Samuel to raise funds to help him in his predicament but a search by The Thaiger this morning couldn’t turn up an account under the name “Samuel Caleb Birch” (or other variations of the name).

Over a million methamphetamine pills seized in Lampang sting