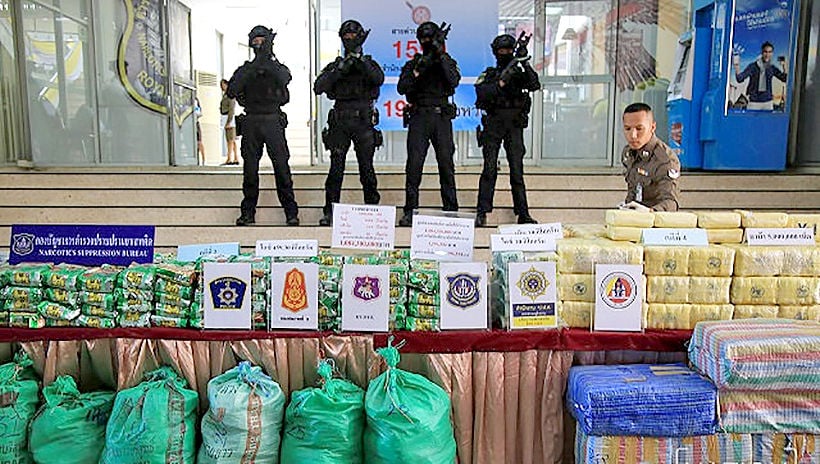 A Narathiwat politician is on the run following the issuing of an arrest warrant after being implicated in a major local drug bust.

A politician at the Narathiwat OrBorTor has been implicated by four drug suspects as the person who hired them to move 459 kilograms of crystal methamphetamine, a very large quantity of ‘ice’.

Three men, aged between 32 and 57 plus a 33 year old female accomplice were arrested with the drugs and were charged with possession of drugs with intent to sell last week.

Officers had extended their inquiries and identified the alleged mastermind as a Narathiwat district-based politician, 58 year old Waeng Kareeya Jehmamah. An arrest warrant was issued on July 12. Police are now hunting the elusive politician, who was also allegedly the man who financed the drug smuggling operation.

The bust stemmed from an investigation into a drug trafficking ring that was based in a Burmese border town of Tachileik. It is claimed the gang would smuggle drugs into Thailand via the Chiang Rai border with Myanmar before heading south to central provinces, Bangkok and on to the south of Thailand.

Warawuth and Angsuree were arrested by a roadside in Bangkok’s Bang Khun Thien district where they were driving in a pick-up truck loaded with the “ice”, before police went on to arrest Phosa and Koseng at a gas station in Songkhla province.