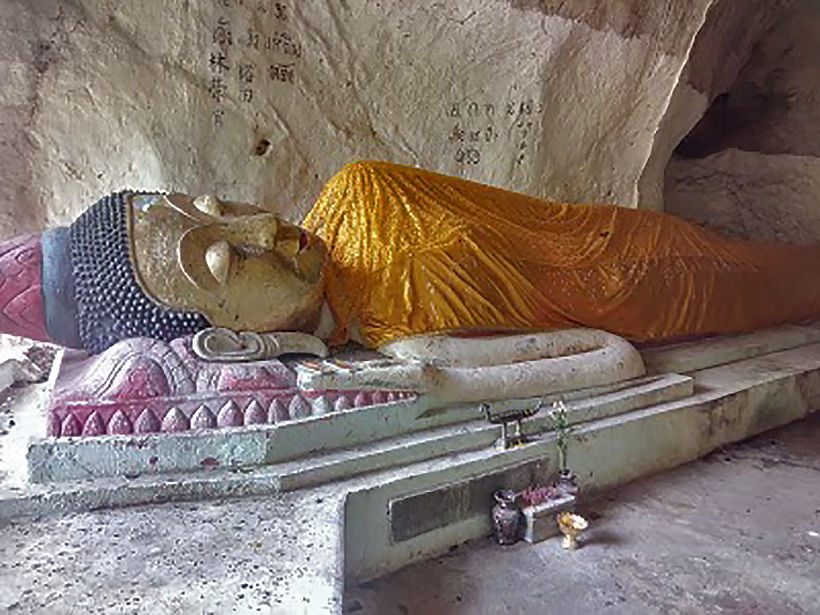 A historic cave in the southern province of Trang, said to be in use by humans for at least a 1,000 years, will no longer be open the the public after it was defaced by graffiti. After a millennium of human use, the Khao Pina Cave, famous for its stalagmites and stalactites, was found scribbled with names and nonsense soon after it was reopened along with other attractions as part of the fourth phase of reopening from the Covid-19 lockdown.

The cave is located within a temple, Wat Khao Pina, and failed attempts by monks there to remove the graffiti mean visitors will now only be allowed into the cave under the supervision of tour guides.

The graffiti left on the cave wall features messages such as “Si Tao,” “Sor the unlucky,” and “F**k from Ubon Rachathani.”

One volunteer guide asked visitors to cooperate by keeping memories of the place “in their hearts, not their hands.”

Khao Pina cave is 250 metres high and has 6 levels that visitors can enter. The sixth level is engraved with the abbreviated name of King Rama VII to mark his visit in 1928. 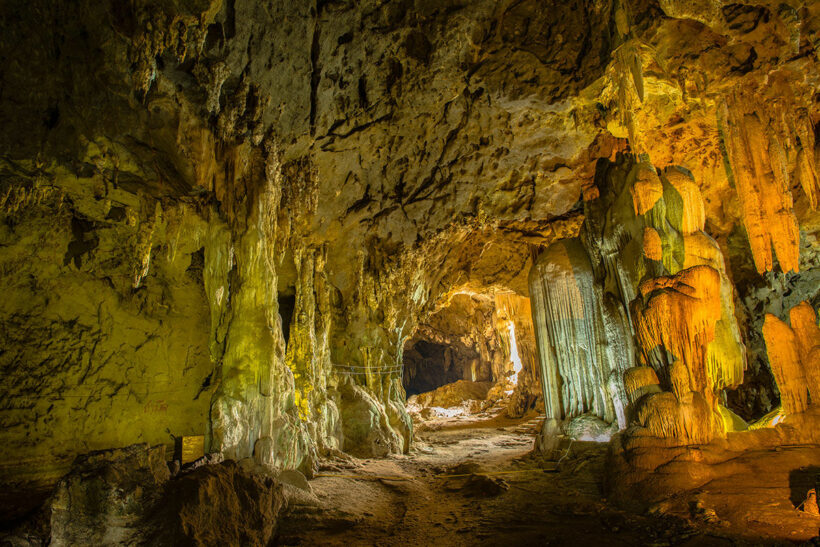 Abbot hits back after criticism of ‘cheap’ temple makeover