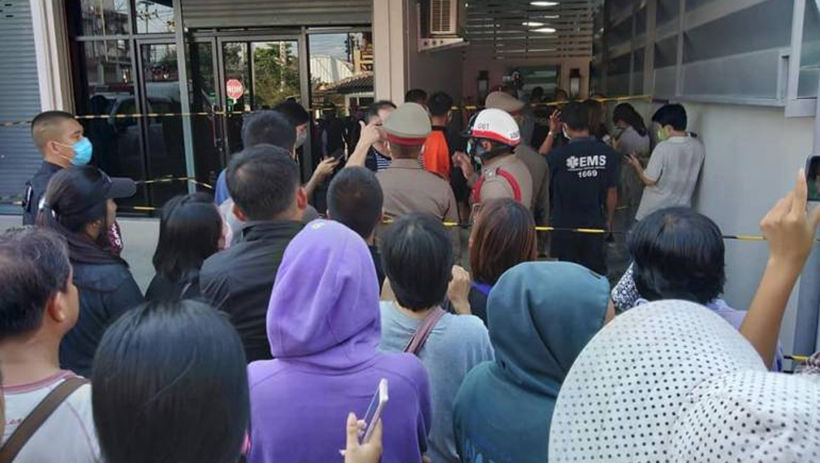 “The victim’s hands and legs were tied, and her body had been covered with cement after being placed in the refrigerator.”

Chiang Mai police have confirmed they have sought an arrest warrant for 39 year old Vitoon Sritabutr, known as Tum, a song thaew (local public bus) driver who is the main suspect in the murder of a local millionaire.

Police have also arrested another person in relation to the case.

Thai PBS World reports that the body of 58 year old Wannee Chikracharoenying was found in a refrigerator when police searched her home in the Chom Tong district after concerned relatives filed a missing person report. It’s understood she had been dead for around two weeks.

The victim’s hands and legs were tied, and her body had been covered with cement after being placed in the refrigerator. A CCTV system that had been operating in her house was removed, along with her car and phone. The perpetrator later made a call from the phone to a relative of Ms Wannee’s, claiming the victim had gone overseas.

The report in Thai PBS World says Ms Wannee, who was originally from Samut Prakan province, regularly visited Wat Phra Sri Chom Thong for meditation purposes and is reported to have donated a van to the temple.