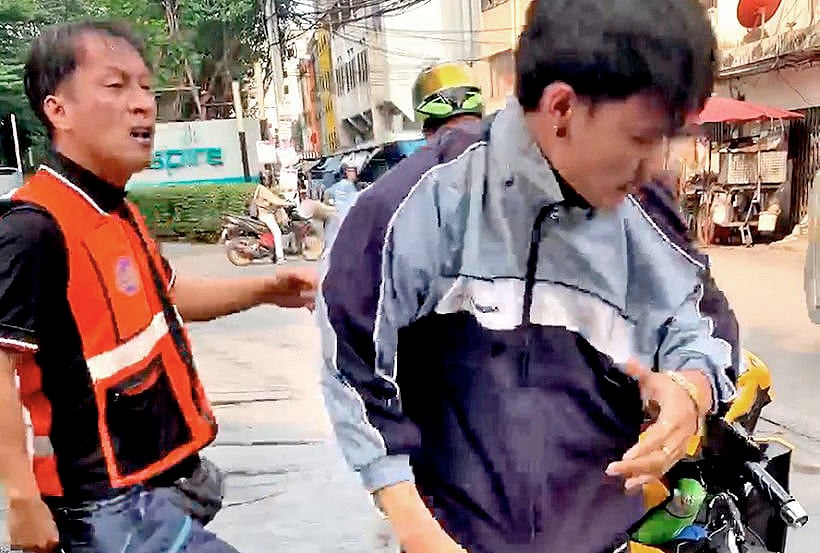 Three motorbike taxi drivers (‘win’ drivers) have been fined after attacking a Grab bike driver carrying a passenger in Bangkok’s Khlong Tan district. The Grab driver reported to police that at 8:30am yesterday, he was picking up a customer at a condominium in Phra Khanong.

He says a local taxi motorbike driver in front of the condo allegedly stopped him and said he was not allowed to pick up customers, that the location was “their territory.” He then told the Grab driver to leave, but both he and the the passenger refused.

Both sides argued for several minutes before a fight broke out and two more local motorbike taxi drivers from the same stand in front of the condo joined in the assault.

The Grab driver’s passenger recorded the entire incident on her phone camera and immediately posted it on social media groups, where it quickly went viral, attracting thousands of views and shares in just hours. She tagged Grab corporate in the video and demanded to know what they are doing to protect their drivers and customers. 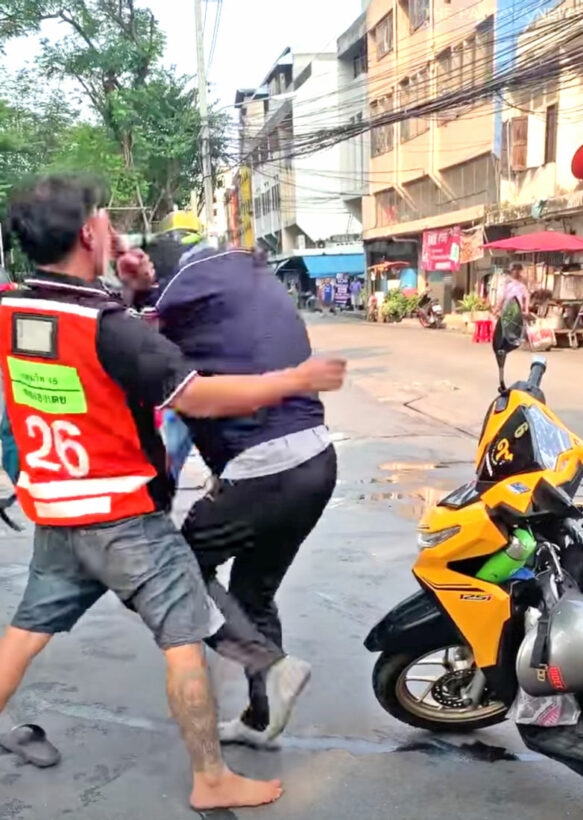 The three local drivers have been charged with causing bodily harm that has led to injury. They have been fined 1,000 baht each and paid an additional 3,000 baht to the Grab bike driver and allegedly apologized for the incident.