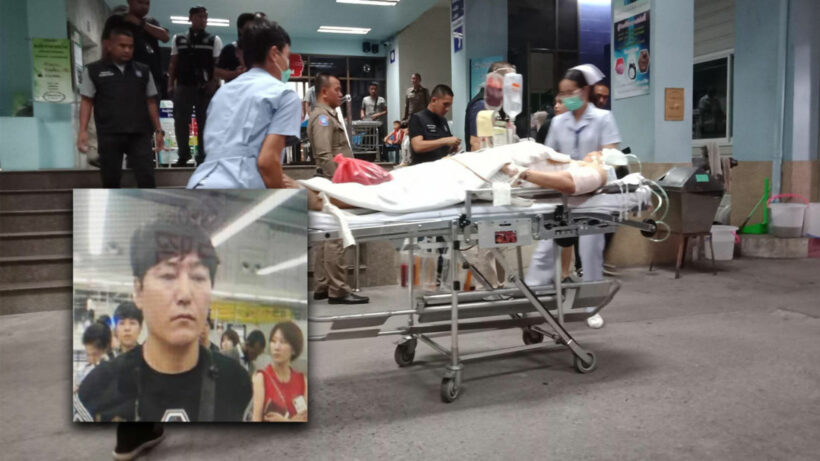 Police in Pattaya have issued an arrest warrant for a 38 year old Korean man, named as Keunhei Park, who is the chief suspect in the stabbing of another Korean national.

The Pattaya News reports that the victim is an expat man who was stabbed seventeen times in the early hours of Thursday morning.

He is understood to have undergone life-saving surgery but remains in a coma and in critical condition. Previous reports have named him as Park Jin-hyung and he is believed to be 28 years old.

Thai police say they have alerted immigration authorities, border checkpoints, and South Korean officials, and have issued a photograph of the wanted man.

They say he is believed to be armed and dangerous and that anyone who sees him should call the police immediately.

UPDATE – The Korean stabbing victim, Park Jin-hyung, is now out of a coma, but still in critical condition.