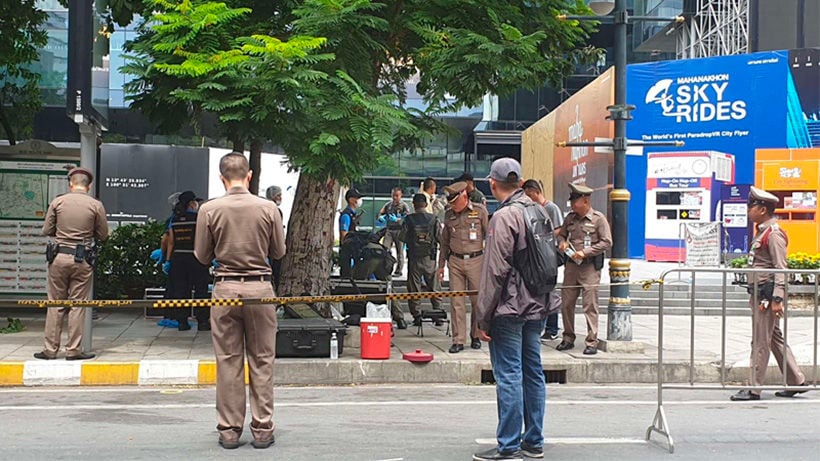 The PM says there will be no special laws enacted to respond to yesterday’s bomb blasts around Bangkok.

Prayut continues to urge people not to panic and says police will rush to bring the perpetrators to justice.
The PM, who is also the defence minister, also ordered police to step up security and appealed for people to report any irregularities as they move around the city.

There were multiple locations where the bombs went off. Five of them occurred at the Government Complex (B Building) on Chaeng Watthana road, a spot near Chong Nong Si BTS station, Soi Rama 9, the Royal Thai Armed Forces HQ, and the Office of the Permanent Secretary For Defence (Sri Samarn Road).

After the blasts, key politicians and ministers came forward to condemn the incidents while urging that people should remain calm and avoid sharing rumours on the internet. Many key locations, including transport sites, have seen security stepped up with many businesses, including shopping centres, initiating security step-ups with car and bag searches at entrances. 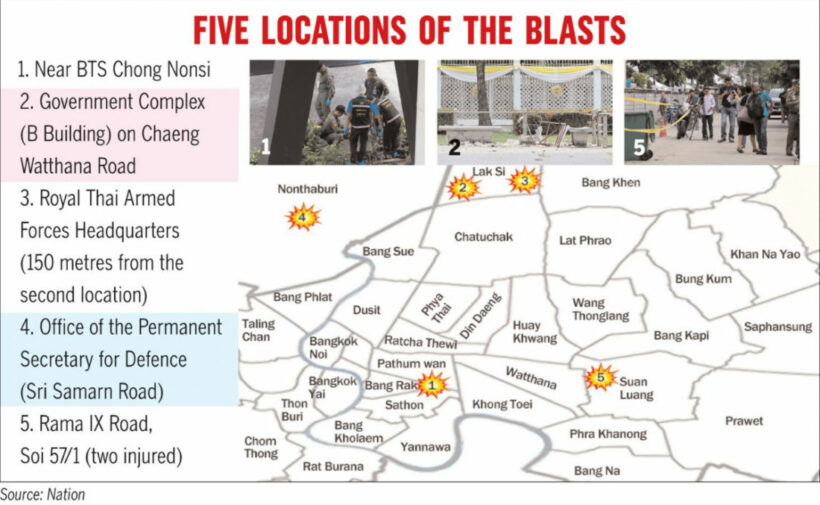 Meanwhile, two men were arrested in the early hours yesterday, preceding the spate of small bomb blasts around the city, when going through a checkpoint on a south-bound bus in Chumphon province on suspicion of placing two fake homemade bombs in front of the Royal Thai Police headquarters on Thursday evening.

After placing the ‘fake’ bomb on the steps of the police headquarters the pair seen on CCTV used two different methods of transport to flee the area before boarding their south-bound bus at Chatuchak as well as changing their clothes twice.

At this stage there are no specific links between the Thursday night ‘fake’ bomb placement outside the Royal Thai Police HQ and the blasts yesterday morning, mostly between 7am-9.10am.

The small explosive devices were mostly ‘ping pong’ bombs and have been clearly detonated to ‘send a message’ rather than intentionally causing damage or kill citizens.

Army chief Gen. Apirat Kongsompong spoke out yesterday afternoon, an unusual interception by the Army chief, accusing “Redshirts and those controlling them” of being behind the bombings. His comments were reported in Khaosod English at 3.14pm Friday afternoon.

“This is similar to the events in 2006. It’s the same group of people, with the same ideologies that used to bomb police checkpoints.” Apirat did not provide any evidence to back his accusations when speaking to the media. The Army chief also said that intelligence services had been aware of plans for the attacks for a while, but did not expect the bombings to unfold so soon. 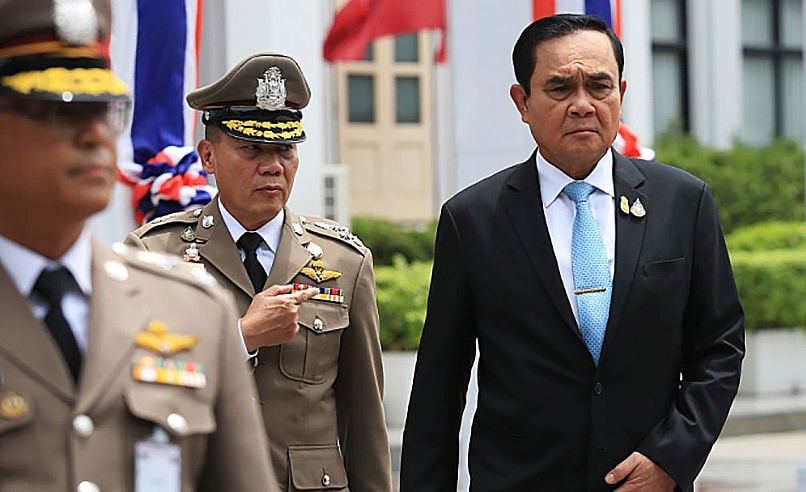 A stern-faced PM Prayut before speaking to the media yesterday afternoon where he urged ‘calm’ and promised the perpetrators would be caught.