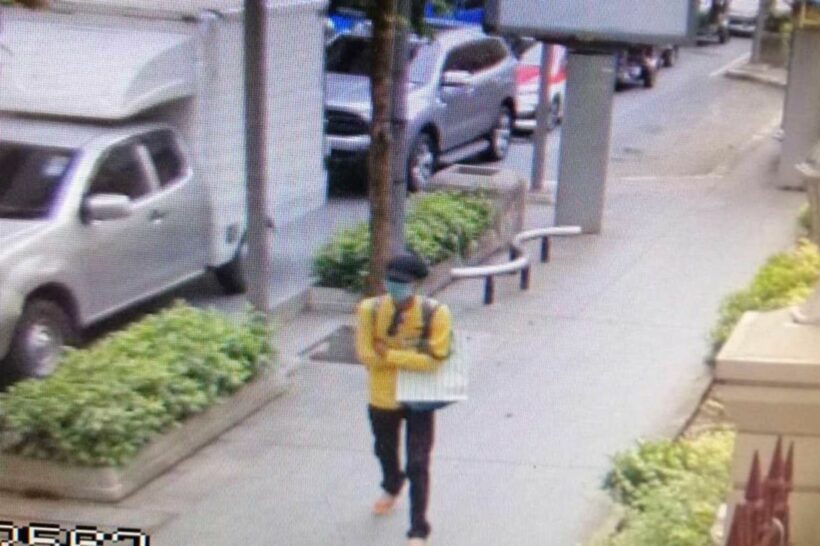 “I condemn the mastermind behind this morning’s bomb blasts, which destroy people and the country’s image. I have asked officials to beef up security for members of the public and take urgent care of those affected by the explosions.’’ – Thai PM Prayut Chan-o-cha

The multiple bombs have gone off this morning around Bangkok as the ASEAN Summit, running this week, hosts Foreign Ministers and officials from the ASEAN bloc. US Secretary of State Mike Pompeo is also in town. 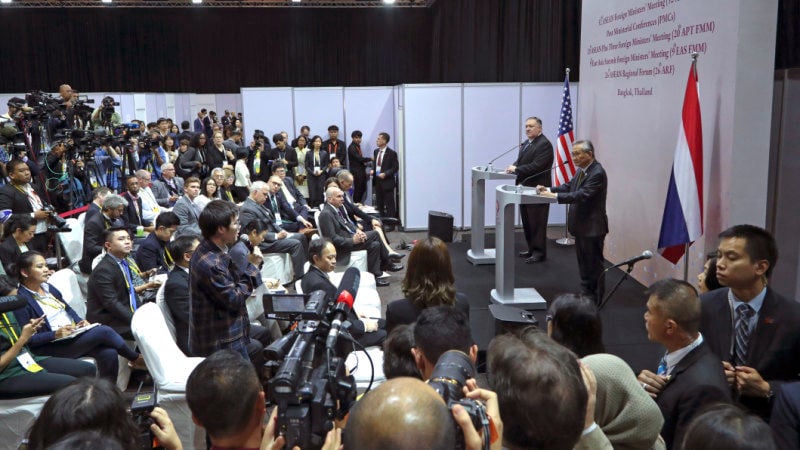 This is the latest we know about the sequence of explosions around Bangkok this morning HERE.

Meanwhile, two suspects have been apprehended and arrested after they dropped off a suspicious object outside the Royal Thai Police HQ on Rama I Road in Bangkok last night. They were arrested at the Pathomporn checkpoint on Phetchakasem Road travelling on a bus, heading to Chumpon early this morning around 2am. At this stage they have denied involvement in the fake bomb incident.

Bomb disposal experts were called to the area. The object contained two cylinder-shaped boxes stuffed with electrical circuit boards. There was no explosive. A roadblock was lifted an hour later.

Police examined CCTV footage. Police say the first man was watching the area nearby while the other man was seen dropping the suspicious object at the fence at the front of the RTP HQ. The man who placed the item was wearing a yellow shirt with black trousers, a cap and black sneakers with a mask and was holding a backpack. Police cannot confirm whether there’s a link between this incident and the other bombs that exploded around Bangkok this morning or not. 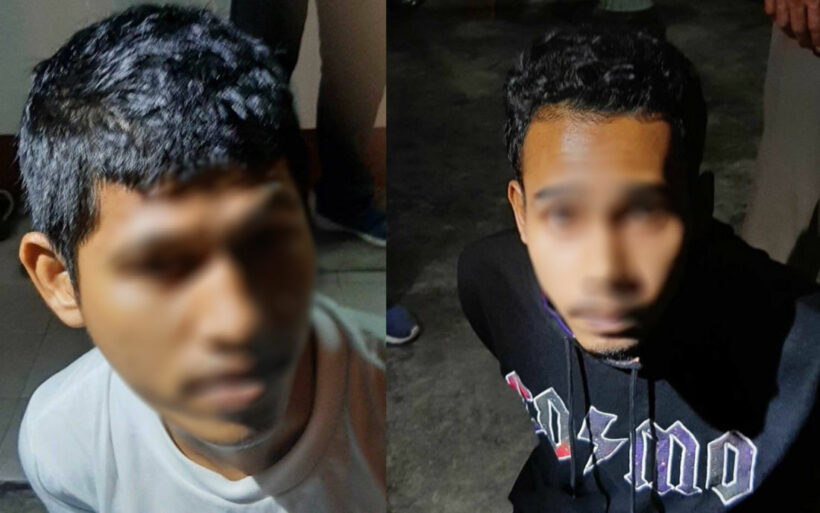 The two were later seen on CCTV meeting at the skywalk near the Siam BTS station before heading into Siam Paragon shopping centre where they changed clothes.

They then travelled by taxi to Chatuchak park to catch a bus, southbound. Police say the pair changed clothes again in a toilet at the bus station.

The two injured persons from the Rama 9 Soi 57/1 incident, bothstreet cleaners from Suan Luang District Office, were sent to Sirindhorn Hospital. They told the police that they were removing grass from the roadside when they found an object wrapped in black tape. They touched it and it exploded.

Police believe that it was ‘Ping Pong bomb’. Also, they found a pen gun and two knives hidden in the dense grass in the same area so they have blocked the area for further investigation. 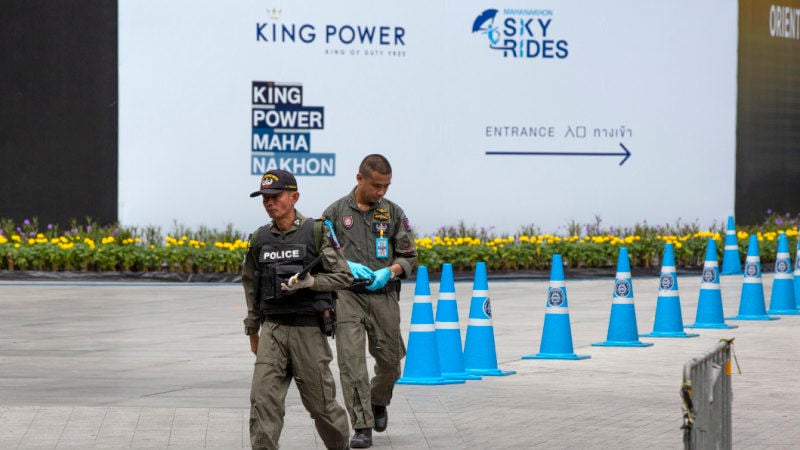 Security officials checking out the areas at the front of Bangkok’s tallest building, Makanakorn next to the Chong Nong Si BTS station – AP